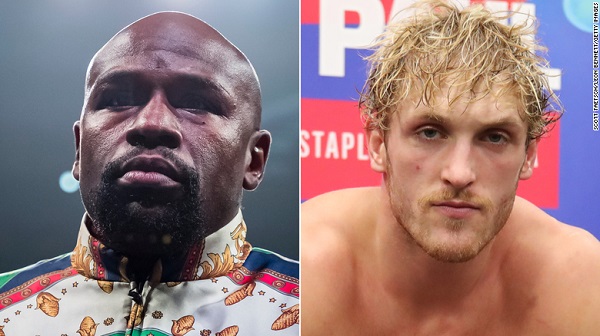 The Floyd Mayweather vs. Logan Paul fight has officially been re-scheduled.

In a video Paul tweeted out Tuesday, it was announced that the fight will take place June 6 at Hard Rock Stadium in Miami.

"Mayweather Promotions, Fanmio and Showtime Boxing have come together to bring an epic event," wrote the 44-year-old Mayweather, who boasts a pristine 50-0 record.

The fight between the boxing legend and the YouTube star was originally scheduled for Feb. 20 but was postponed earlier in February.

Mayweather hasn't fought professionally since 2017, when he defeated UFC's Conor McGregor to earn his 50th career victory. He fought Japanese kickboxer Tenshin Nasukawa in 2018, but that was an exhibition match.

READ ALSO:Â MayweatherÂ in, Mike Tyson misses out as Top 10 boxers of all time unveiled

His return to the ring is unconventional, but Mayweather Promotions CEO Leonard Ellerbe told BoxingScene.com's Jake Donovan that he views it as an opportunity to grow the sport of boxing.

"If it brings more eyeballs to the sport, I'm all for it," he said. "At the end of the day, it's all about entertainment. This is why I can never be mad at anyone who thinks outside the box. Once you start living in that bubble and only do things inside that bubble, you don't ever have a chance to separate yourself."

Paul has had one professional fight, falling by split decision to YouTuber KSI in November 2019. In contrast, his younger brother, Jake Paul, is 3-0 in the ring and has his sights set on battling an MMA fighter, going so far as to challenge Kamaru Usman via Twitter on Tuesday afternoon.