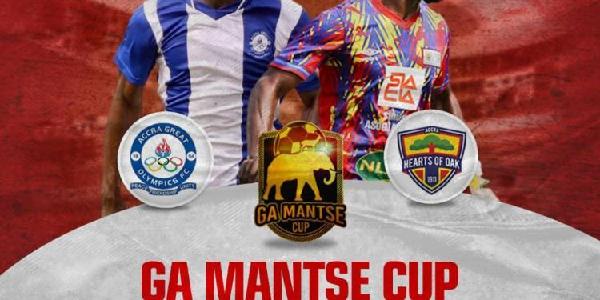 The Ga Mantse Cup between Hearts of Oak and Great Olympics has been postponed, organizers have confirmed.

The game, which was initially scheduled to be played on Sunday, August 7, has now been pushed to August 28.

According to a presser from the organisers of the Cup game, the postponement is due to the unavailability of some key players of both teams as a result of injury. The rescheduling will thus give room for all players to be ready for the game.

“It has become necessary to postpone the Ga Mantse Cup match between Accra Hearts of Oak and Accra Great Olympics, due to injury to some players. The derby, which forms part of Homowo celebrations, has been moved from Sunday, August 7 to 28, 2022,” a statement from the organisers read.

The match is to honour the Ga Mantse, Nii Tackie Teiko Tsuru II, and to celebrate the 2022 Homowo Festival, the first since he ascended the throne.

The regional derby is also to be used as a rallying point for the vision of the Ga Mantse to construct a modern football academy in Accra.

The August 28 fixture will be the third clash between the two sides this calendar year, with the Wonder club seeking a hat-trick of wins over their more successful rivals. Olympics beat Hearts 1-0 on February 6 in the first round of the just-ended Ghana Premier League and recorded an emphatic 3-0 win over the Phobians last month in the reverse fixture at the Accra.