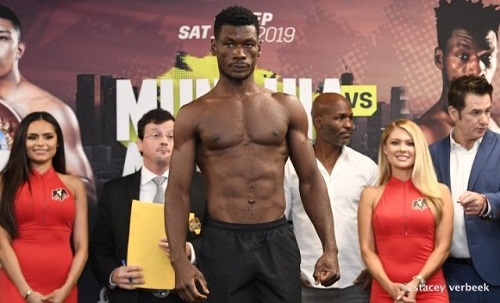 The Ghana Boxing Authority (GBA) in February banned the boxer for six months.

His ban followed his misconduct at the Accra Sports Stadium, during the sixth-week league game between Accra Hearts of Oak and Asante Kotoko on January 28.

Following a disciplinary hearing, the GBA slapped the 29-year-old with a six-month ban on February 6, 2020.

Having finished serving the ban, the GBA have announced the current status of the boxer and also wished him in his new chapter.

A statement signed by Patrick Johnson, Secretary-General of GBA read: Having served the 6 months ban imposed on you in February, 2020 for misconduct in the wake of the Accra Sports Stadium incident the Ghana Boxing Authority (GBA) hereby recalls you to your career as a professional boxer.

The GBA wishes you well on your resumption and hopes that this will mark a new chapter in our career.