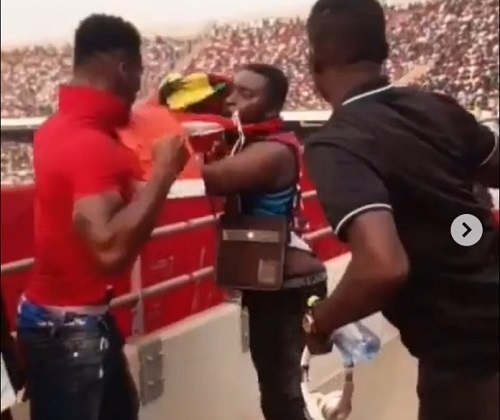 This follows his recent conduct at the Accra Sports Stadium, during the sixth-week league game between Accra Hearts of Oak and Asante Kotoko.

Allotey last Sunday, was seen in a video that went rival, punching a football fan Eric Siaw, resulting in a deep cup on his left eye.

The GBA sent a letter to the boxer on Tuesday to face the Disciplinary Committee of the GBA on Wednesday, February 5.

He is expected to answer charges of professional misconduct, as he is bared from fighting outside the ring.

Allotey is likely to face a minimum of one year ban by the GBA, as well as a possible revocation of his license.

The boxer has since rendered an unqualified apology to the fan and the entire nation.

Below is the invitation letter 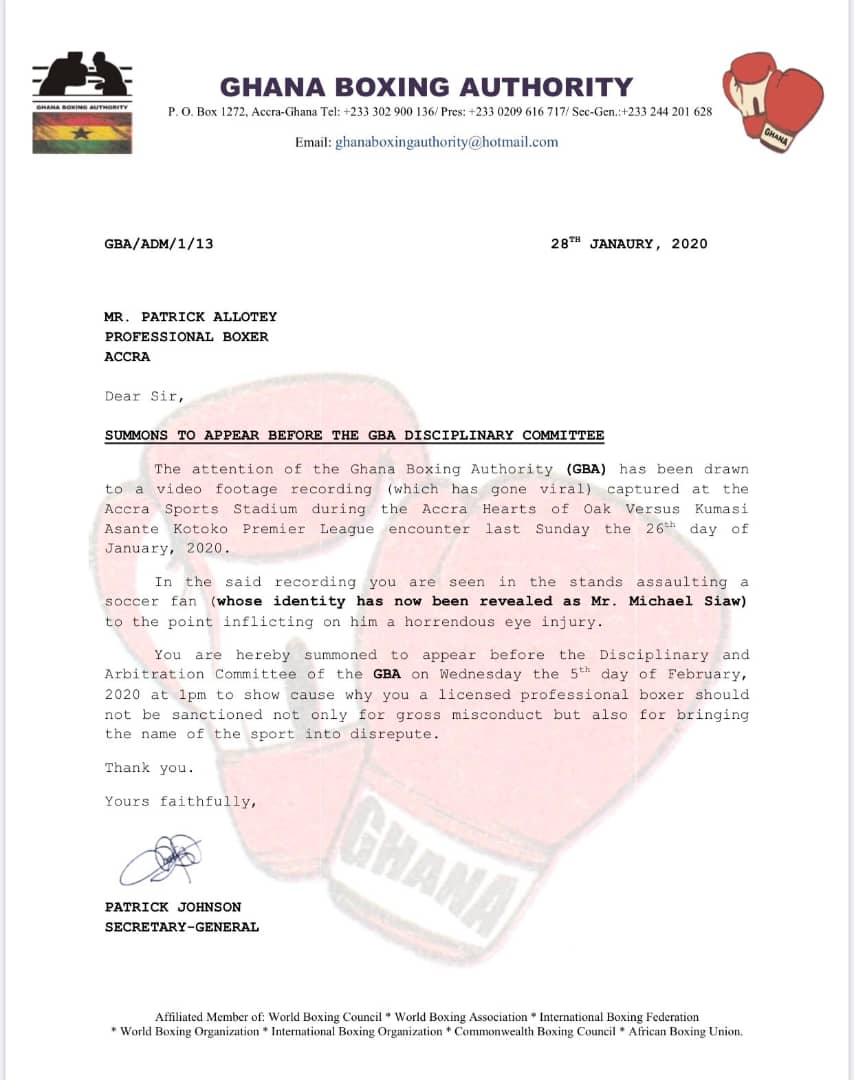