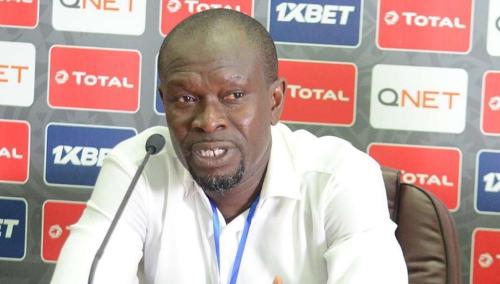 Kurt Okraku says contrary to the assertion that the Ghana Football Association imposes players on the coach of the Black Stars CK Akonnor, it is not the case.

GFA President said players who are invited to the Senior National team are the sole responsibility of the head coach.

Akonnor's recent Black Stars call up for the games against South Africa and Sao Tome generated controversy which some believed the selection was influenced by the GFA.

However, Kurt Okraku said GFA don't have a hand in call-ups at any of the National teams. The coaches are only invited to defend their selection.

"If CK is the head coach of Ghana it's because we believed in him and it is the responsibility of the head coach to convince everyone why a player is called."

Akonnor last month qualified GhanaÂ for a record ninth straight Africa Cup of Nations since 2006 - finishing first in Group C with 13 points from 6 games, one point ahead of Sudan who beat South Africa 2-0 in Khartoum to finish behind Ghana with 12 points.

The tournament will be staged in Cameroon next year and will take place from January 9 to February 6.

Ghana is expected to end its AFCON drought since last winning it in 1982.