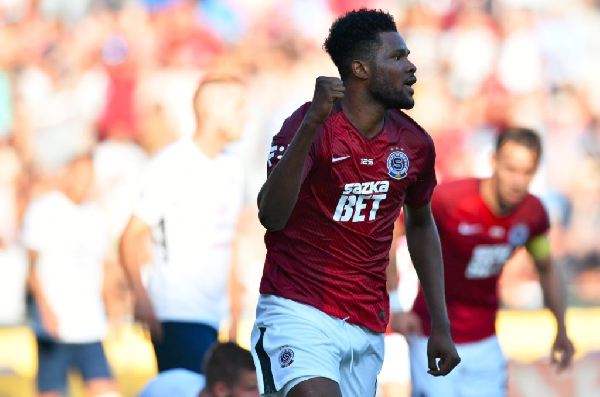 Ghanaian forward Benjamin Tetteh has been Player of the month at Czech top-flight side Sparta Prague.


This comes on the 21-year-old having a good run in September as he netted three times including a brace against Liberec, with the other against Banik.

After being named the player of the month, the ex-Dreams FC forward posted on Social Media to express his excitement on receiving their accolade.

"Thank God for this great award can’t express my feelings for being elected as player of the month of September ...thanks to my teammates, family and friends...the best of God is yet to come," he posted on Facebook.