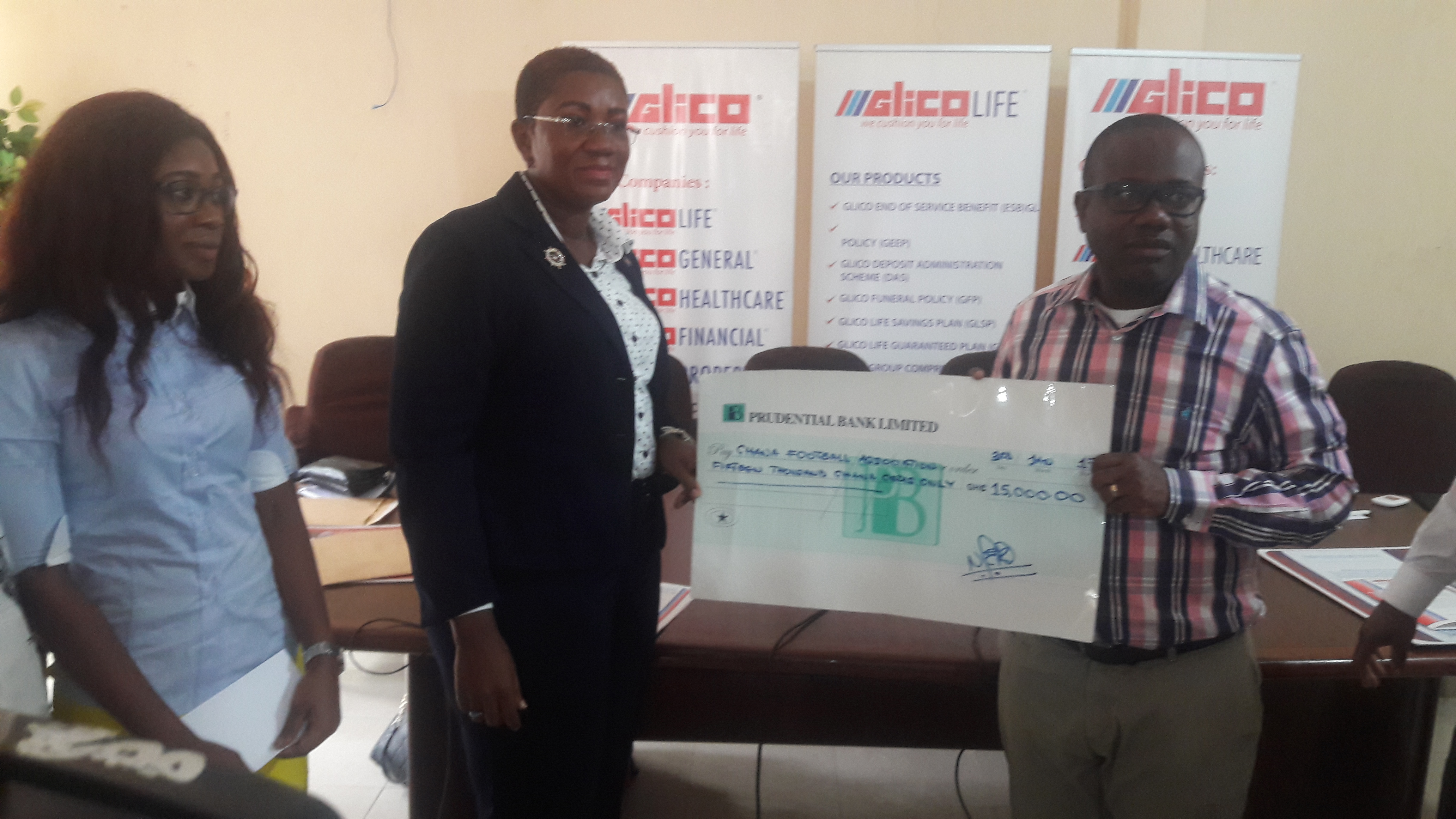 Glico Group Limited presented an insurance cover worth three million Ghana cedis to the Black Stars as part of efforts to motivate the team ahead of the African Cup of Nations(AFCON).

The insurance would be for the team and management body of the Black Stars for the duration of the tournament which starts on January 14 at Gabon.

Glico also presented GHC 15,000 cash donation to help the Black Stars preparation for the tournament while pledging GHC,2000 to the team should the get to the quarter finals of the competition.

Presenting the cheque and other documents to the Ghana Football Association(GFA) President, Kwesi Nyantekyi, Head of Corporate Affairs and Marketing at Glico, Nana Afua Rockson said, Glico shall provide GHC3000 to the team if they get to the finals of the competition.

"And if they bring the cup home, Glico shall provide cash of GHC5000 and will treat the team to a special celebratory cocktail party", she stressed.

She also announced a personal accident and critical illness cover to Kwesi Nyantekyi to the tune of GHC200,000 for a year.

The move she said is to ensure that the GFA Boss is protected as he goes about his duty with the national team and the continent at large.

On his part, Mr. Nyantekyi expressed gratitude to Glico for the gesture and added that it would go a long way to motivate the team to do well at the AFCON.

Glico he said, has been consistent with their support and also the only insurance company that has been supporting the GFA over the years.

The performance-based incentives he said would also help the Stars to do well as they prepare in Dubai for the competition.