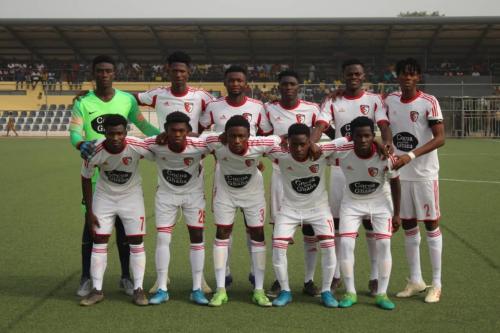 Kumasi Asante Kotoko picked a vital point as they held WAFA to a scoring draw game in Sogakope.

The Porcupines who have not won in Sogakope since WAFA returned to the Ghana top-flight  on Sunday played a 1-1 draw with the Academy side.

WAFA opened the scoring at the Red Bull Arena courtesy Daniel Lomotey. The Academy kept their advantage till the end of the first half.

After recess, the Asante Kotoko team worked hard in a bid to stage a comeback. Fortunately for the team, their efforts paid off in the 62nd minute when in-form striker Kwame Opoku found the back of the net.

Although the two teams put up a good fight from there on, neither side could get on the scoresheet and have been forced to settle for a point apiece.

Eslwehere, AshantiGold failed to make use of their home advantage as they recorded a 0-0 draw with Medeama SC at the Len Clay Stadium.

The first half was mostly dull as both teams struggled to create goal-scoring opportunities.

The best chance of the first half fell to Mohammed Abass of Medeama who unfortunately blasted the ball over the bar from the 18-yard box.

In the second half, the big chances came to AshantiGold.

Frank Boateng of Medeama had to be extra sharp to make a double save at the later parts of the game to make sure that they leave the Obuasi Leng Clay Sports Stadium with a point.

AshantiGold drop to second on the table and Medeama is now 9th on the 2020/2021 Ghana Premier League season.

Over in Aiyanse, Karela United made light of Berekum Chelsea as they thumped them 4-1.