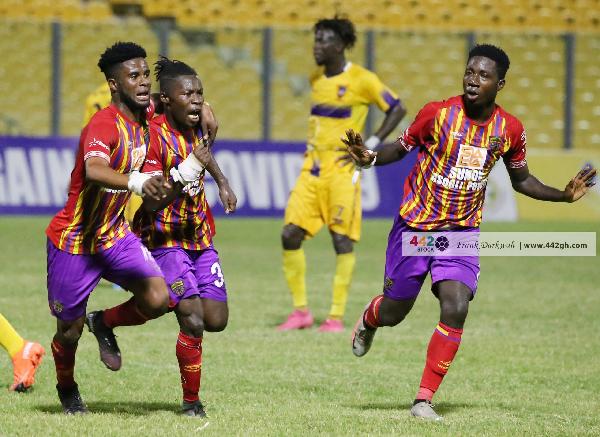 The Phobians will be seeking revenge after succumbing to a 1-0 defeat to the Tarkwa based side in the first round of the league.

Coach Samuel Boadu's side in midweek picked a point against Berekum Chelsea at the Golden City park while Medeama defeated King Faisal by 1-0 at the Akoon Park on Thursday.

The defending champions are currently behind Medeama on the league table with 33 points on the seventh position.

A win could see them level up on points with the Tarkwa-based side currently occupying the sixth position with 36 points.

Hearts of Oak defeated Medeama 2-0 in their last visit to the Accra Sports Stadium in a league game in the 2020/21 season. 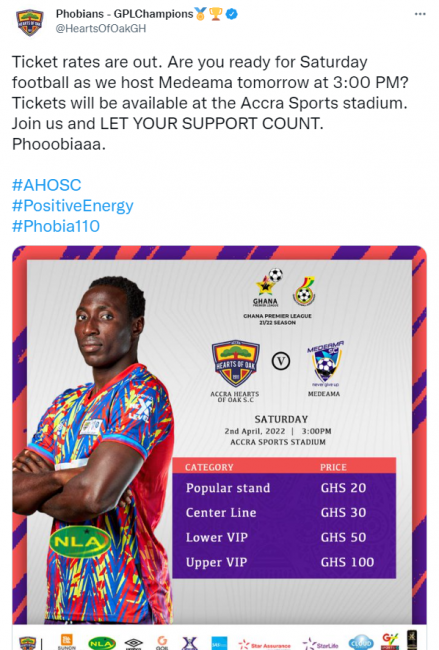