GPL Preview: Kotoko only need a draw against AshantiGold to be crowned champions today 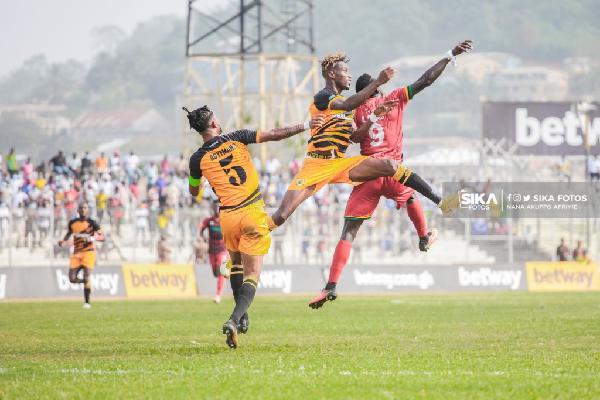 The matchday 29 fixture originally scheduled for May 19 at the Obuasi Len Clay Stadium had to be postponed following security intelligence and advise from the Ghana Police Service after irate AshantiGold fans planned to cause violence when initially hit with the news that the team has been demoted to Division Two after match-fixing scandal.

"The GFA has rescheduled the outstanding Ghana Premier League game between AshantiGold and Asante Kotoko to June 2, 2022, a GFA statement last month said.

The matchday 29 fixture was originally scheduled for May 19 at the Obuasi Len Clay Stadium but had to be postponed following security intelligence and advise from the Ghana Police Service.

Though the GFA has announced that the match will be held at the Obuasi Len Clay at 3pm on the new date, the game could be shifted to an alternative venue if the security risk remains unchanged.

Security officials consider the Obuasi Len Clay unsafe based on threats by some angry AshantiGold fans to beat up the Club’s President Dr. Kwaku Frimpong and the CEO Emmanuel Frimpong following their role in the match manipulation scandal that got the Miners demoted to the Division Two League."

Kotoko needs at least a point from this afternoon's game to be crowned champions of the 2021/22 League season.

Prosper Narteh's side who are on 59 points can secure their 25th title today with 3 games to spare if they come out of Obuasi unscattered.

The gaffer has called on the Kotoko supporters to rally behind the team.