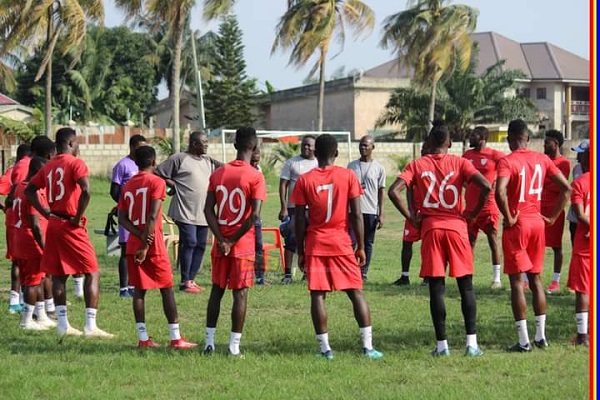 Ghana Premier League club Hearts of Oak have quashed reports they have parted ways with some players.

Media reports on Tuesday suggested that management of the club release seven players out of the team. The report added that head coach Kosta Papic wants the said seven players out as he seeks to build a formidable squad to challenge for the league title will make only four additions to the team.

But, Hearts of Oak have issued a statement stating that the reports are false. The club further urged its supporters to continue offering their maximum support to the team.

"The Heart Of Oak Management has not released any player from the club as speculated by a section of the media. The reports are false. We therefore appeal to all to ignore that report and continue to support the team at all times," the club statement read.

Hearts of Oak are currently in a good form despite sharing spoils with Elmina Sharks at the Ndoum Sports Complex in Elmina last weekend.

Hearts of Oak will host in-form Eleven Wonders in week nine of the Ghana Premier League at the Accra Sports Stadium this weekend.

The club have been boosted by the return of striker Kwadwo Obeng Jnr after being on the sidelines for the past two weeks due to injury.