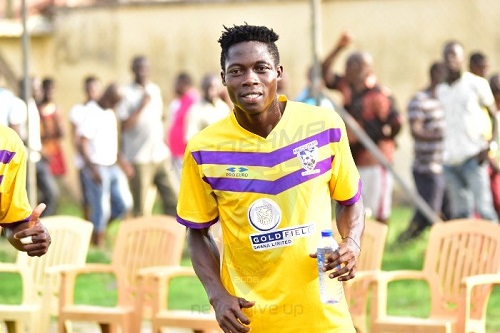 Hearts of Oak have issued a strong denial after reports claimed they have made an approach for Medeama's Justice Blay.

Blay who recently returned to his parent club, Medeama has been linked with a return to Asante Kotoko where he spent a year loan.

The 28-year-old early this month returned to the Mauve and Yellows side after the expiration of his 1-year loan with Kotoko.

Reports on Thursday suggested Hearts of Oak have jumped ahead of Kotoko by making a move for the midfielder.

But according to the spokesperson of Hearts of Oak, the club have not made any contact with Medeama.

“What I can say to that story is that those reports are rumours. Definitely is a transfer period so people will come out with stories” Opare told Kumasi based Otec FM.

“Whatever that we are doing in terms of getting players into the team, we’ll wait when the deal is done before we are able to mention it," he added.

“We have been asked this question a number of times and I can confirm there has been no approach from Hearts,” Patrick Akoto said as quoted by Ghanasoccernet.

“Hearts is a professional club and know what to do if they are interested.

“Any approach would need to be done by the rules. But as we speak there is absolutely nothing like that from Hearts of Oak.”