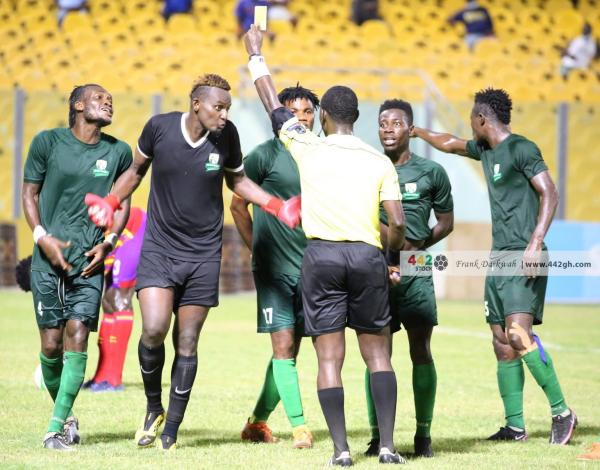 Referee Maxwell Kofi Owusu, has apologised for awarding a penalty kick against Elmina Sharks and subsequently sending off their defender during the Skarks' 2-0 defeat to Hearts of Oak.

A penalty was awarded to the Phobians after Sharks defender, Isaac Donkor was adjudged to have handled a goal-bound shot from Obeng Jnr.

A call whichÂ Isaac Donkor aggressively protested and was shown a red card.

However, replays suggested the ball came off the playerâ€™s shoulder, hence the decision shouldnâ€™t have stood.

Victor Aidoo missed the subsequent penalty for Hearts but Donkorâ€™s red card meant Sharks had to play the rest of the match with 10 men.

Hearts eventually took advantage, taking the lead in the 68th minute after substitute Isaac Mensah pounced on a howler from Sharks goalkeeper, Martey.

The hosts then doubled their lead in the 79th minute when Benjamin Afutu headed in a pass at the near post.

After the match, the referee took to Facebook to apologise, having presumably watched the incident and regretted his call.

â€œThis was absolutely not a good decision. Iâ€™m not proud of it. A lot of people have been hurt. I am hurt too,â€ he said. 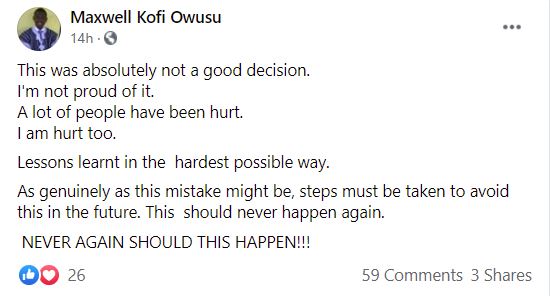