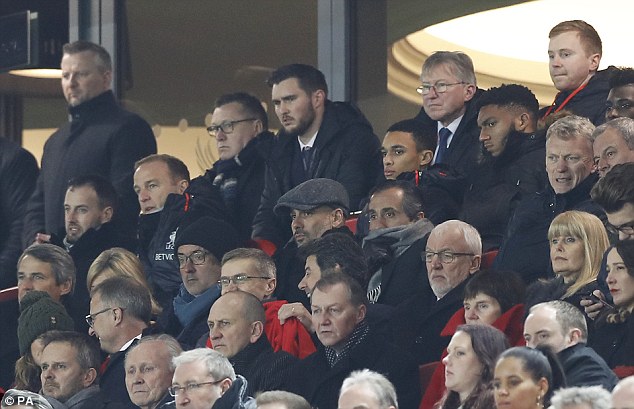 Liverpool manager Jurgen Klopp admitted he has not felt the need to watch Manchester City in person ahead of their New Year's Eve clash, after Pep Guardiola was spotted at Anfield on Tuesday evening.

The City boss was in the crowd to see the Reds come from behind to beat Stoke 4-1 and overtake his side to go back into second place, six points behind Premier League leaders Chelsea.

Saturday's encounter between the free-scoring top-four rivals is an eagerly anticipated one but Klopp has not bothered to scout City in person.

'I respect them a lot but I have not been to City's stadium this season or last to watch games. Maybe they want to watch good football,' he said with a laugh when asked about Guardiola's presence.

'We are already looking forward. It's a difficult game for both teams but an exciting one. The best news for us is that it's at Anfield.

'They're an outstanding side, we are not too bad. It'll be a nice game.

'Whatever I say, we cannot win it now but maybe I could say a few things that make it more difficult for us.

'It's probably best I shut my mouth!'

Stoke were the better side early on in Tuesday's match and went ahead through Jon Walters but Adam Lallana and Roberto Firmino clawed things back before, after the break, Giannelli Imbula's own goal and Daniel Sturridge's first in the league this season - 56 seconds after he came off the bench - wrapped things up.

'Confidence is not a problem of the team at the moment. We know about our quality, but obviously we don't show it all the time,' added Klopp.

'The start of the game was really difficult because the plan of Stoke was to press really high especially with the two strikers.

'We were not patient enough in our passing game, we could have done more.

'It became a wild game and when they had the ball it was immediately in the air.

'A lot of things we could have done better but we forced two goals with our quality. We scored a wonderful third goal and then Daniel closed the game.'

Potters boss Mark Hughes was left to bemoan defensive errors which denied his side the chance of their first league victory at Anfield since 1959.

'We are disappointed because we felt we were very much in the game in that first half,' he said.

'Because of individual and collective errors we have been beaten by four goals, which is a bit unfair on us.' Mail Online