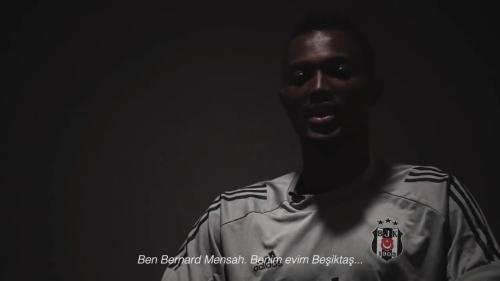 Turkish Club Besiktas have confirmed the signing of Ghanaian midfielder Bernard Mensah from Kayserispor on a one-season loan contract ahead of the 2020/21 season.

The deal completion comes after the midfielder passed his medical and signed the on the dotted lines.

Besiktas will pay 500,000 Euros for the loan deal but will pay 4.5 million Euros at the end of the season to grab the Ghana international on a permanent contract.

Before travelling to Istanbul Mensah signed a one-year extension to his contract with Kayserispor who now have him under contract until 2022.

Beşiktaş will have the first option to buy Mensah for 4.5 million Euros at the end of the season.

Mensah was on a buyout clause of 2.8million Euros at Kayserispor at the beginning of last season before his latest contract extension scored 5 goals and 8 assists in 26 matches.