I was discouraged from joining Kotoko - Habib Mohammed 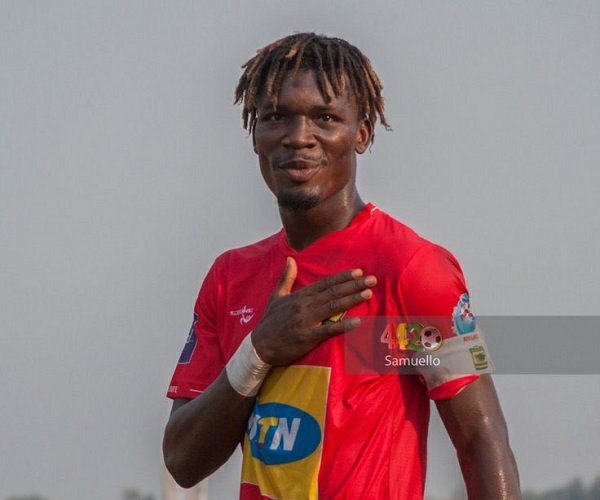 Defender, Habib Mohammed has disclosed that people discouraged him from swapping AshantiGold for Asante Kotoko when the Porcupines came knocking on his door in 2019.

The Black Stars centre back attracted interest from the club towards the middle of the 2018/2019 Confederation Cup, which led to a call being made to him directly for his consent.

READ ALSO: Otumfuo's directive will bring out the best in Konadu - J.E Sarpong

According to the Sunyani-born player, though he dreamt of donning the red jersey, crossing carpet from our regional rivals was a difficult decision to make as some people thought that he could not make it here.

"I heard a whole lot of negatives stories," Habib revealed to Kotoko Express App. "Kotoko called me and I directed them to speak to my Manager (former Kotoko player, Yusif Chibsah). Deep inside, I was very happy because it had long been my dream to play for Kotoko. But, I was also surprised because I thought that the opportunity had come quite too early in my career."

"I consulted a lot of people for advice and most of them told me to turn down the offer because, according to them, historically, no player from Sunyani has succeeded in Kotoko."

"That left me in a dilemma because on one side was a boy who loved challenges and wished to play for his dream club and on another, was a confused boy who seemed afraid of what the future held for him. I committed everything to prayers and my manager and my family came in to convince me to make the move."

Habib had a difficult start to life in his early days at the club, but he persevered and now a remarkable streak of performances in the suspended 2019/2020 Premier League has landed him a call up into the country's senior national team.

“To say I have regretted joining Kotoko, I will say never,” continued Habib. "I had some hard times, especially in my first season but I stayed strong. I believed that every hard time leads to joyful moments so I was calm. I have never regretted the decision to join the club and I will continue to work hard to achieve the many dreams I have.”