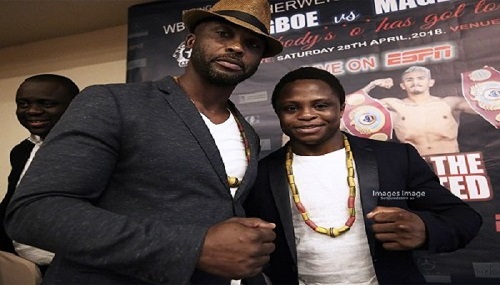 Isaac Dogboe weighed 126 pounds whilst his competitors weighed 125 pounds ahead of tonight bout at the MGM Grand in Las Vegas.

Speaking ahead of the bout, Paul Dogboe who is no longer training his son, Issac noted the former WBO Super bantamweight champion is in the right hands.

Issac Dogboe who goes into the bout in what is a career-defining moment for him is now being trained by Patrice Harris and Barry Hunter.

"He knows what to do he's got the best with him all the time. Ever since started boxing he's been taught what to do and what not to do. I will say he is with the best the feeling it just normal to me."Paul Dogboe said as reported by 3 FM. 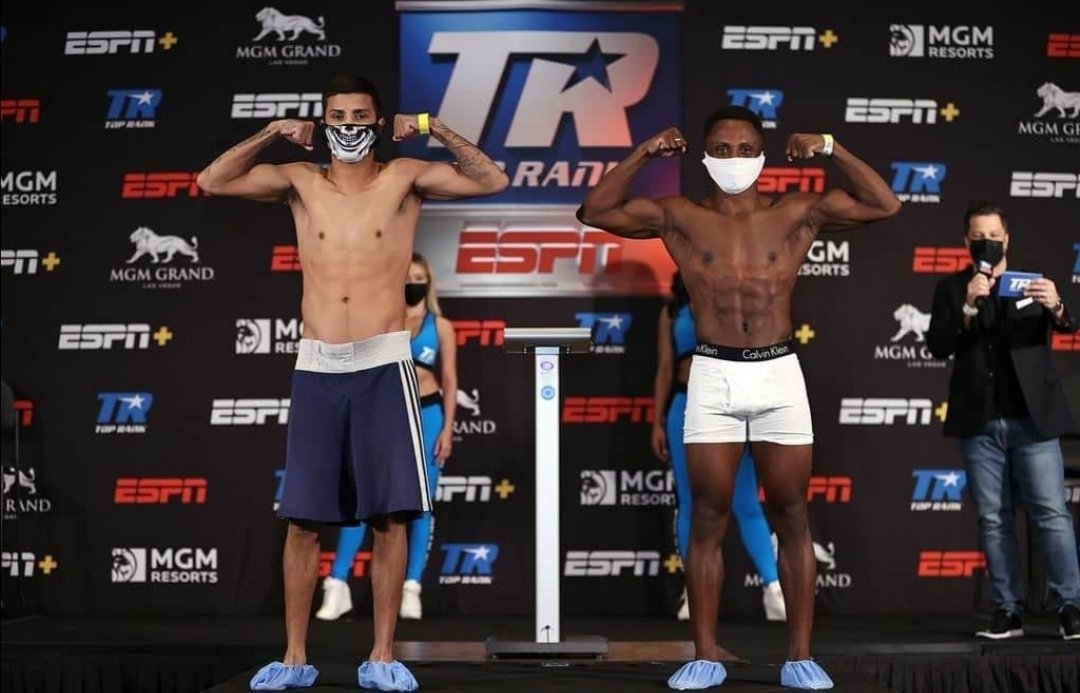 It will be the fight time the Isaac Dogboe will be mounting the ring since his double loss to Emmanuel Navarette. Dogboe lost his world title to Navarrete in two consecutive fights in December 2018 and May 2019.

However, his dad says Isaac being out of action for a long time has made him angrier and wants to get himself back into the world title picture again.

He claims Avalos will not last all rounds should he decide to trade blows with the former WBO super bantamweight champion.

"I know he is going to pull through he is a strong and determined fighter. He will knock Chris Avalos out easily if Avalos stands and fight with him toe to toe I think Avalos will go but if he uses his range then I think Isaac will beat him on points."

He added that Issac is well prepared despite a whole year without fighting.