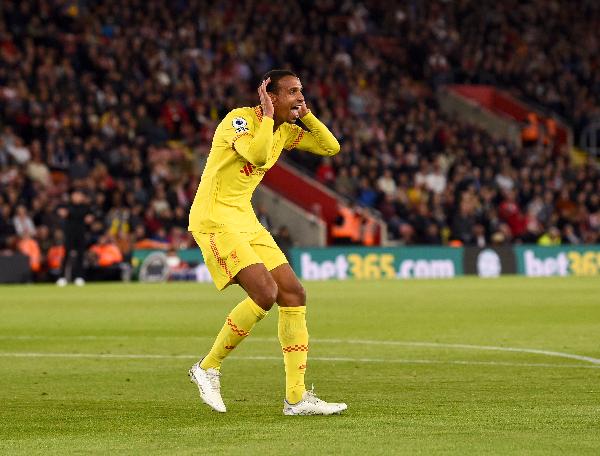 Joel Matip was the unlikely hero as Liverpool won 2-1 at Southampton to take the Premier League title race to the wire.

The Cameroon defender headed a second-half winner to clinch a comeback victory that means the Merseysiders move back to within a point of leaders Manchester City with just one game to go.

Jurgen Klopp made nine changes from the side that lifted the FA Cup at the expense of Chelsea at the weekend and they suffered an early blow when Nathan Redmond finished off a fine solo run with a curling shot into the corner on 13 minutes.

The visitors were without the likes of Mo Salah and Sadio Mane but they responded well and deservedly levelled on 27 minutes.

Takumi Minamino, who spent the second part of last season on-loan with the Saints, finished off an excellent move with a rasping near-post strike to snare his 10th goal of the campaign.

Liverpool continued to dominate but did not find the crucial breakthrough until the 67th minute when Matip looped a header into the far corner from a poorly-defended left-wing corner.

The Reds will now hope for a twist on the final day of the Premier League season when they host Wolves and City take on Steven Gerrard’s Aston Villa at Etihad Stadium.

Southampton, who have lost eight of their last 11 league matches, remain in 15th spot and visit Leicester City.