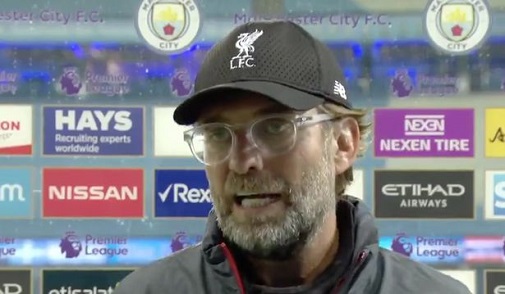 Pep Guardiola's side were staring down the barrel of a two-year ban from all European competitions prior to the ruling by the Court of Arbitration for Sport (CAS) on Monday.

But Man City will now be allowed to play in the Champions League next season. Additionally, they have also seen their proposed €30million fine reduced to just €10m.

Klopp was asked for his thoughts on the decision being overturned in Tuesday's press conference ahead of Liverpool's clash with Arsenal.

"It's a serious subject. From a personal point of view I'm happy City can play Champions League last year, they don't have 10-12 games less now in Premier League - no other team would have had a chance in the league.

"I don't think it was a good day for football, to be honest. FFP is a good idea. It is there for protecting teams and the competition, so that nobody overspends and have to make sure the money they want to spend is based on the right sources.

"I'm from Germany, we have a club basis not an owner one. You have to get your licence every year. FFP is a good idea - but it's not up to me to judge it [the City decision] I just think we should all stick to FFP rules. I really hope it stays. It gives some borders.

"If the richest clubs and countries can do what they want to do, then that makes it difficult. That would lead to a world league, it would depend on who owns the clubs and not the names of the clubs."