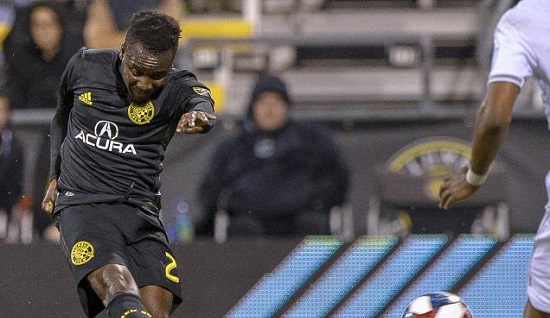 Accam meanwhile will remain with Colombus Crew for the remainder of the 2019 season.

The former Right to Dream Academy player who signed for Colombus Crew barely two weeks ago will make the move to Nashville in exchange for $450,000 in allocation money ($350,000 in General Allocation Money and $100,000 in Targeted Allocation Money).

“The 2019 season is a one-year runway for us to prepare for the 2020 MLS season, and our staff has been really thoughtful about how our roster will be constructed,” Nashville GM Mike Jacobs said in a statement.

“The idea of adding players is not necessarily about simply finding ‘good players’, but rather about finding ‘players that are good for Nashville.’

"The scouting and recruitment of prospects has been really diligent, and our staff have been very strategic about identifying players that we believe will enable us to pursue excellence.”

In his one year stint with Philadelphia Union Accam made 23 appearances, scoring a solitary goal.

Nashville was awarded an MLS team in December of 2017 and will make its expansion debut to start the 2020 season. The club is currently playing in the USL Championship.