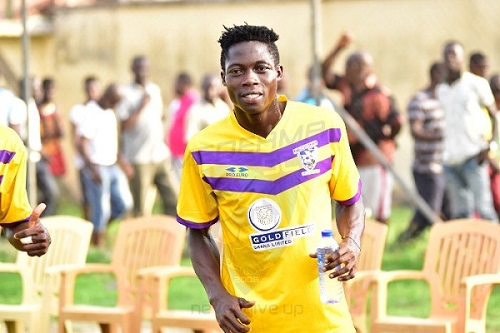 Justice Blay has started training with Medeama SC after his return from the loan spell at Asante Kotoko, the club has confirmed.

Blay joined the Porcupines last year on a season-long loan deal from the Tarkwa based club and his performances led to him becoming a fans favourite at the club.

The defensive midfielder emerged as the spearhead of the Porcupines under Maxwell Konadu in the truncated 2019/20 Ghana Premier League campaign.

Blay was keen on staying with Kotoko but, the Kumasi based club failed to finalise negotiations with Medeama SC hence his return.

He was recently absent without leave (AWOL) after Players and officials of Ghana Medeama SC underwent the necessary medical screening in preparation for the start of the new season.

Medeama have announced that the Black Stars B midfielder has commenced training with his teammates.

Justice Blay starts training with his teammates on his return from his loan spell at Asante Kotoko#MauveandYellow 💜💛 #MEDSC pic.twitter.com/7YlYQLgnQ9

The Mauve and Yellows are preparing for the commencement of the 2020/21 Ghana Premier League.