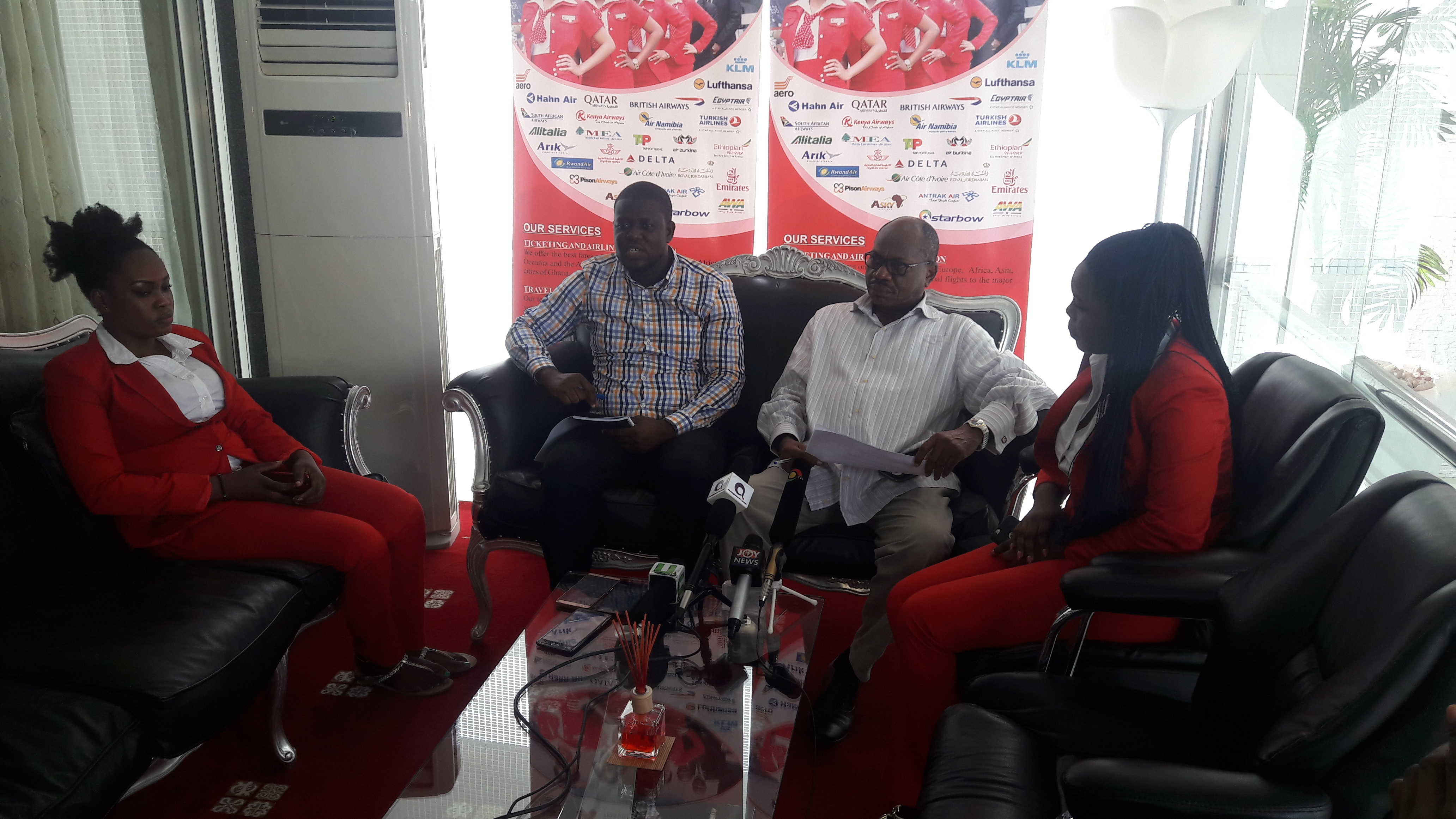 Football lovers across the country have been urged to travel to Gabon in their numbers to support the Black Stars win the ultimate trophy as Kenpong Travel and Tours have announced very attractive packages for supporters.

Supporters would have reduced packages as part of efforts by Kenpong to get Ghanaians to support the Black Stars.

Announcing the outfit’s travelling packages for the Africa Cup of Nations in Accra today, Managing Director at Kenpong, Mohammed Alhassan said, in order get many supporters as possible to Gabon, their rates have been reduced as compared to corporate organizations.

The packages he said are in three forms for corporate organizations depending on the number of days that would be spent in Gabon.

He added that, the package would include, hotel accommodation, airfare and bus shuttles while a chartered flight would be used from Ghana to Gabon on January 16 at 7pm.

He therefore encouraged all interested persons to ensure they conclude payment by Friday January 13 for an exciting event at Gabon.

Financial Manager at Kenpong, George Amoako added that, the package does not include Visa and match tickets.

However, he added that, their package is less expensive and asked all supporters to get on board to support the Black Stars to victory.

The Black Stars would play their first match against Uganda on Monday before playing Egypt and Mali in Group D.