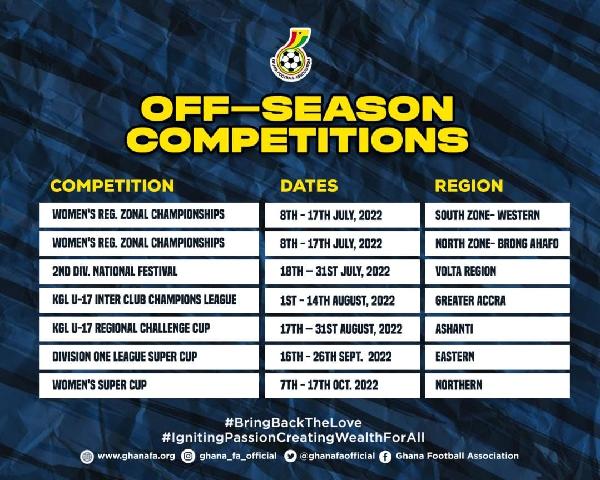 The second edition of the KGL U-17 Inter Club Champions League will take place in August 2022 in the Greater Accra Region.

READ ALSO: Division One League to kick off September 30

Also in the off season calendar are the 2nd Division National Festival scheduled for the Volta Regional capital - Ho.

The off season tournaments would draw the curtains for the 2021/22 season and open the new season. 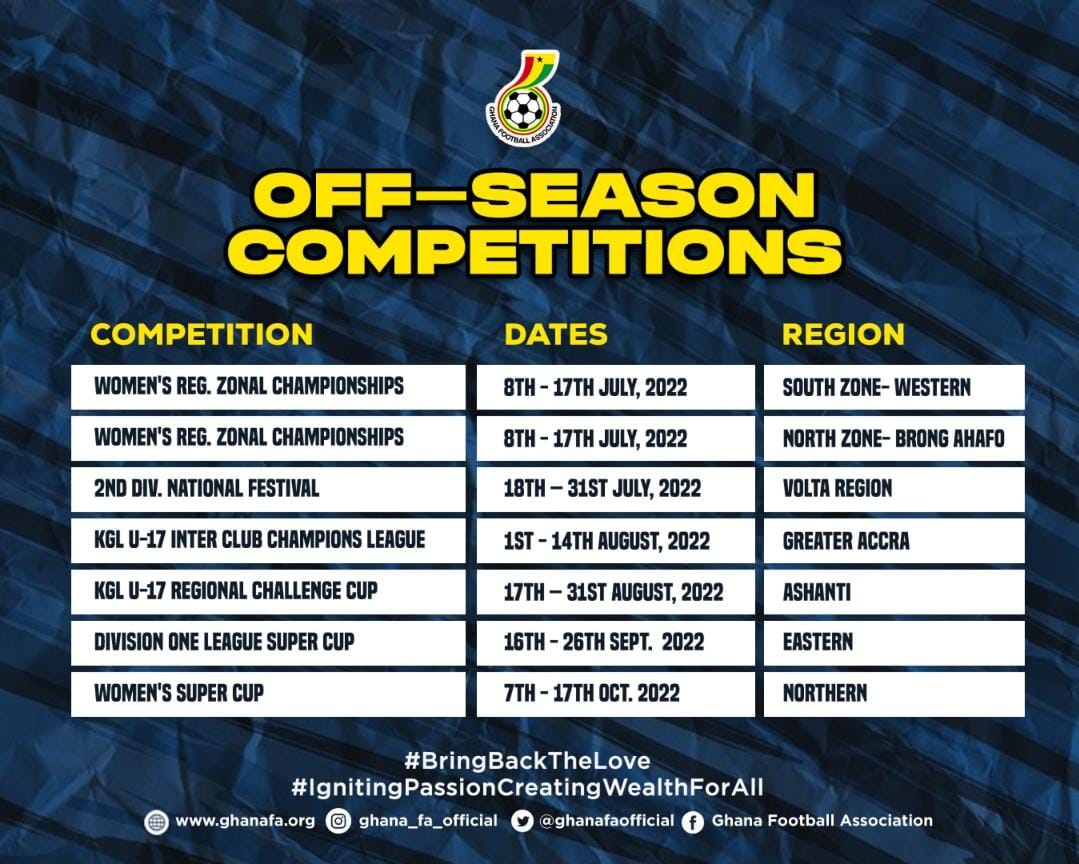