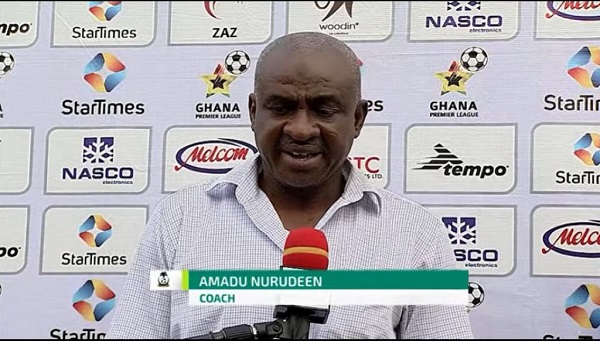 Nurudeen Amadu has resigned from his position as head coach of the Ghana Premier League side, King Faisal Football Club.

A club statement said Nurudeen Amadu, stepped down from his position with immediate effect due to a recent string of poor results in the ongoing season.

The Kumasi-based side are winless in six consecutive games in the Premier League.

Amadu tendered his resignation letter on Sunday, April 10, 2022, after losing 1-0 away to bottom-placed Elmina Sharks at the Nduom Sports Stadium.

“Following the recent poor results of the club, our Head Coach, Nurudeen Amadu, has stepped down from his position with immediate effect. We thank the coach for his services to the club and wish him success in his future endeavours

“Assistant coach, Abubakar Fatawu will now take charge of the team for forthcoming games, while the club looks to appoint a new manager.”

They commenced the season on a good but have been struggling after matchday 25.

Faisal’s last win in the top-flight dates back to 25 February when they beat WAFA 2-1 in Sogakope.

They are now in the 13th position on the league table with 29 points from 24 matches.