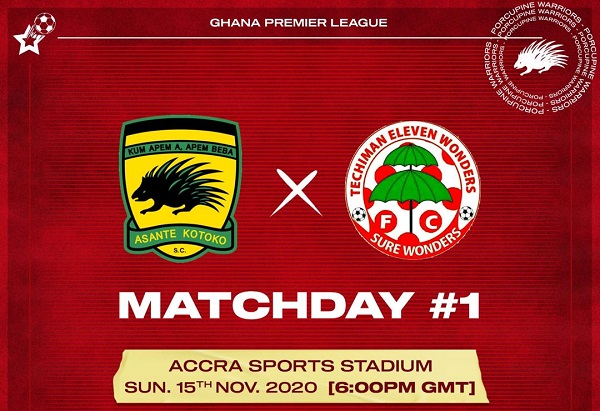 The Porcupines will be squaring off with Eleven Wonders on Sunday, November 15 in match week 1 of the 2020/21 Ghana Premier League at 6:00 pm.

The cheapest ticket which is for the Popular stand will be selling at GHȼ15 while the lower and upper VIP stand is going for GHȼ30 and GHȼ50 respectively. 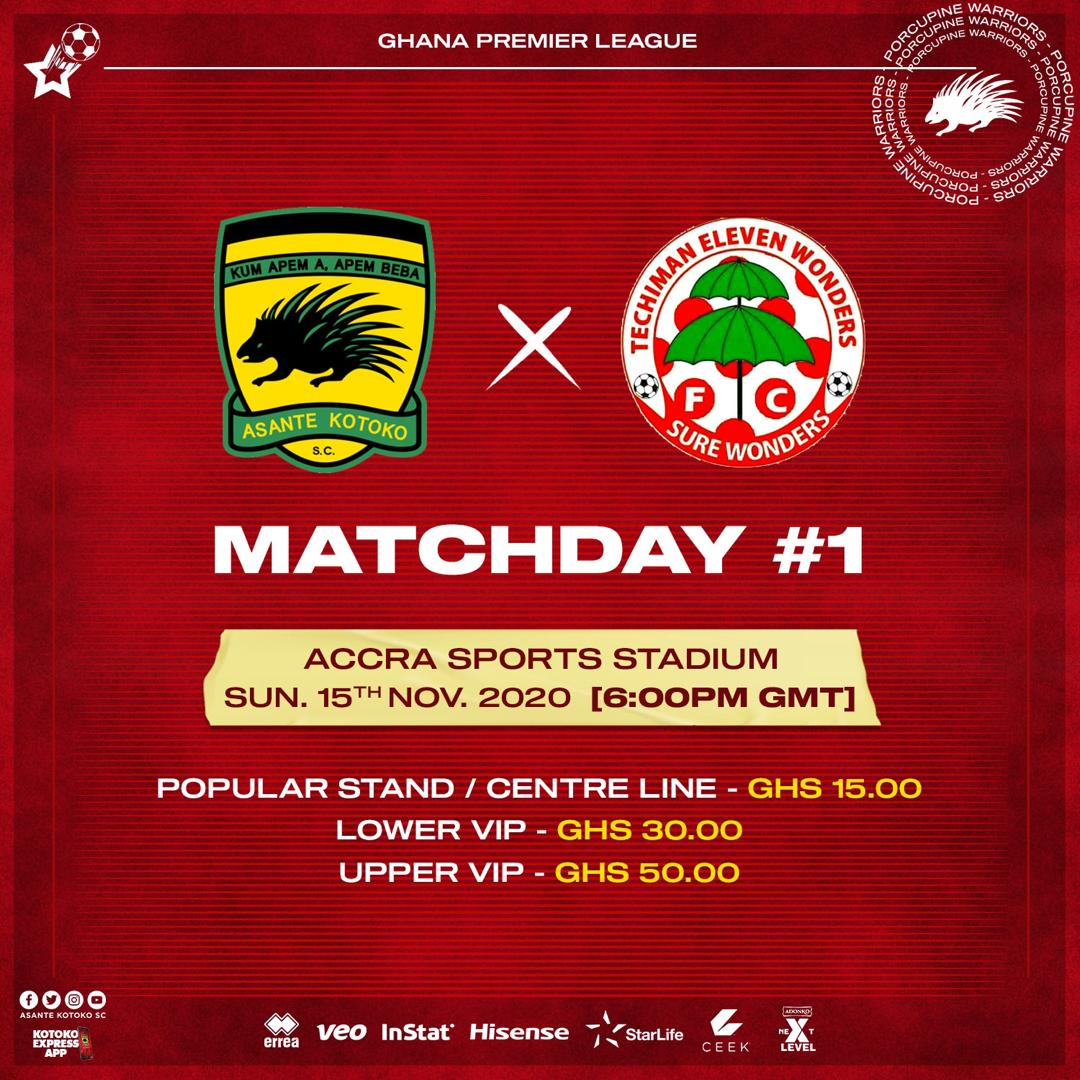 Ahead of the game, Eleven Wonders head coach Ignatius Osei-Fosu has sent a word of caution to the Porcupines.

According to the coach who has lost twice in the past to Kotoko, he said it will be time for redemption when his team takes on the Reds on Sunday.

He maintains that he won’t allow the Kumasi-based club to triumph over him for the third time.

“Asante Kotoko beat me at Liberty Professionals and did it again at Techiman Eleven Wonders all in Match-Day 1 but am not going to allow them to beat me on three occasions," he told Kumasi-based Pure FM.

Meanwhile, Kotoko coach Maxwell Konadu says he plans to keep as many clean sheets as possible in the 2020/21 Ghana Premier League.

The club has been busy in bringing in players to bolster their squad for the new campaign including defender Patrick Asmah, Yussif Mubarik, Andrews Appau and goalkeeper Razak Abalora.

According to Konadu, he wants his team to be noted for being solid in the upcoming season as he believes in assertion attack win you games but defence wins you titles.

We want to focus mostly on keeping clean sheets as many as we can that is one of the only time we will be amassing points to be champions.

“We have worked defensively starting from the front line, midfield and defence. They are doing so well, so we will make sure that we send the same mentality to the season when it starts.”

“When we keep clean sheets with the squad that we have we, at least we will create a couple of chances and hopefully, we will utilise them and that will put us ahead of the others.”