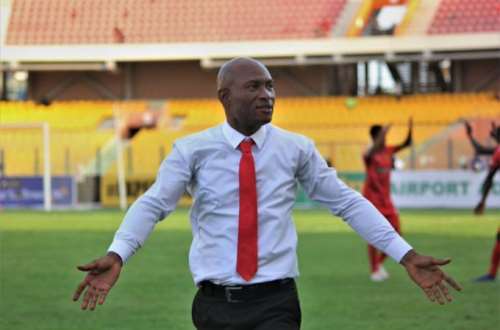 Our Condolence to the family of our Head Coach,@ProsNartehOgum whose father, Sampson Akrono Ogum passed away yesterday .

Kotoko sent their condolences to their head coach Proper Narteh in this tough time.

Prosper Narteh Ogum over the weekend was adjudged the 2022 Ghana Football Awards Men's Coach of the Year after an impressive debut season at the Kumasi-based club.

Narteh Ogum beat off competition from Henry Wellington of Samartex FC and Kassim Mingle of Bechem United to win the prestigious accolade for the first time.
He guided the Porcupine Warriors to clinch their 24th Premier League title in the just-ended 2021/22 season