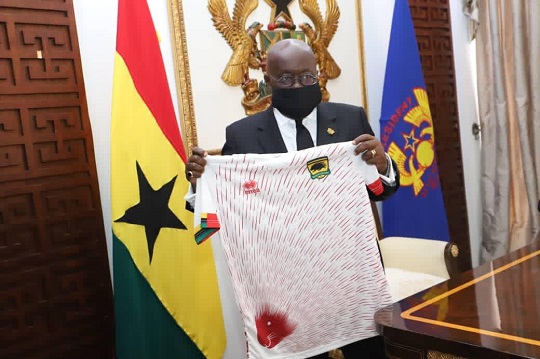 Asante Kotoko has expressed gratitude to President Akufo-Addo for his kind gesture towards the club's participation in the CAF Champions League.

The Kumasi based in a release confirmed that, the first gentleman of the land made a financial assistance which includes a donation of $50,000 to the club towards their Africa campaign.

The Porcupines Warriors on Tuesday, December 29 in a release, thanked the Akufo-Addo and the Ministry of Youth and Sports who also gave financial assistance to the club.

"Asante Kotoko is extremely appreciative of the financial assistance which includes a donation of $50,000 and GHS300,000 from the President and the Ministry of Youth and Sports respectively," a portion of the statement said.

The club last week lost at home by 1-0 to Sudanese side Al Hilal at the Accra Sports Stadium and have a daunting task to overturn the defeat in Omdurman early January 2021 in order to advance to the next stage of the competition. 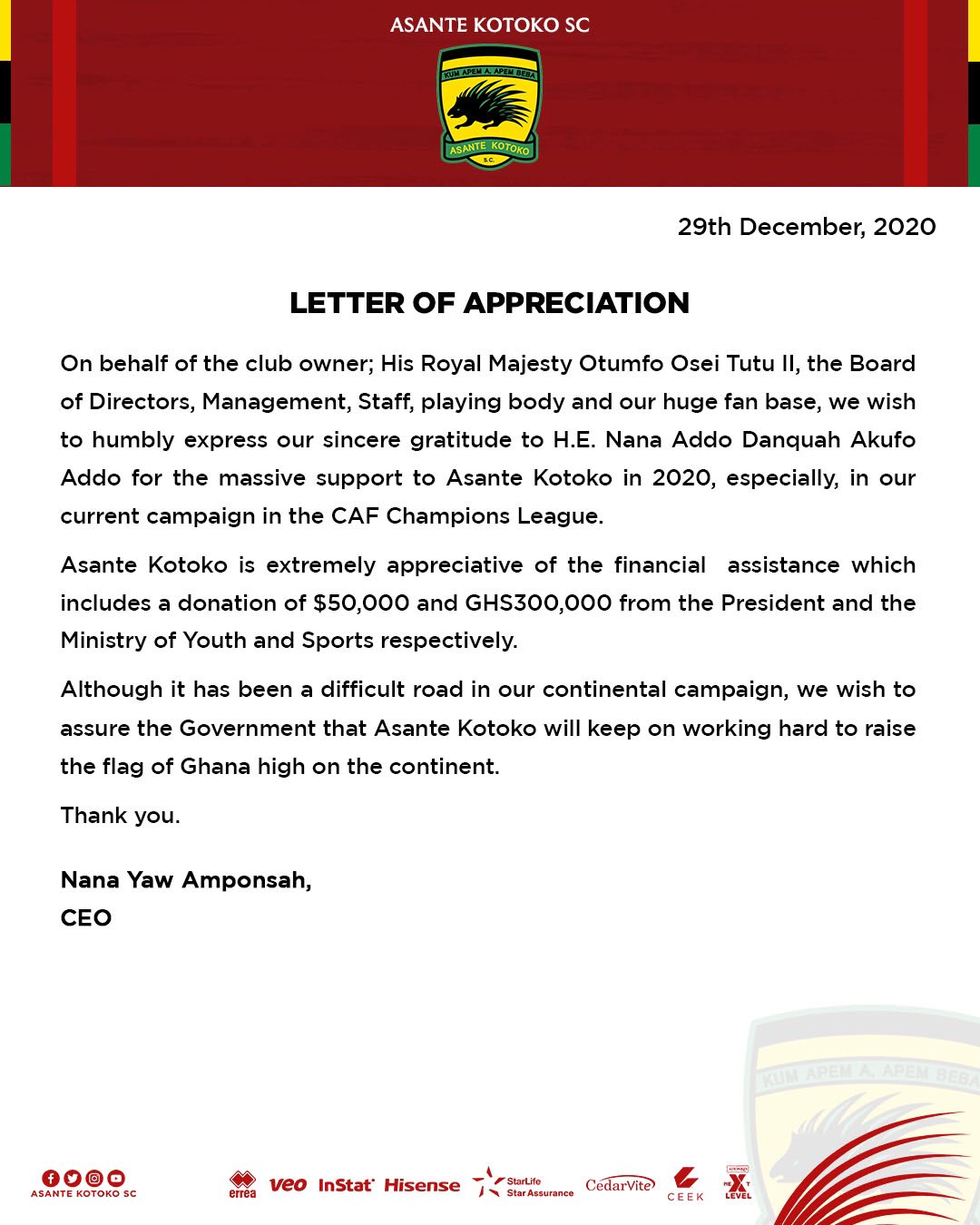