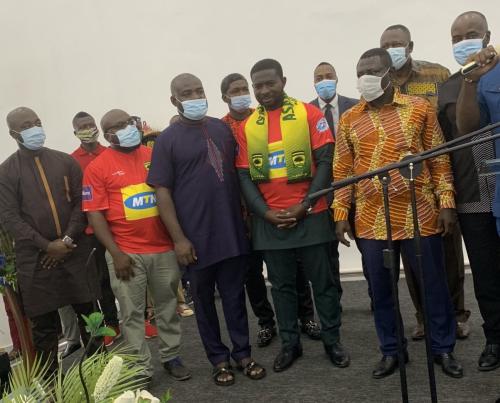 Nana Yaw Amponsah has delivered his message to Asante Kotoko supporters as the club marks its 85th anniversary.

The Chief Executive Officer, Nana Yaw Amponsah in his birthday message to the club, said he 'will work hard' to get the Porcupines to compete at the highest level and make the club greater than it has ever been.

The newly appointed CEO indicated that the Porcupines must build on the successes of the past that made us one of the greatest on the African continent.

He called on the club supporters to rally behind the team as they bid to rule Africa again.

"Today marks the beginning of a new era to propel our great club to be the African club of another century.

To achieve this requires the support and hard work of every individual supporter and stakeholder. We will not rest on our laurels. We will work hard to compete at the highest level and make this club greater than it has ever been." 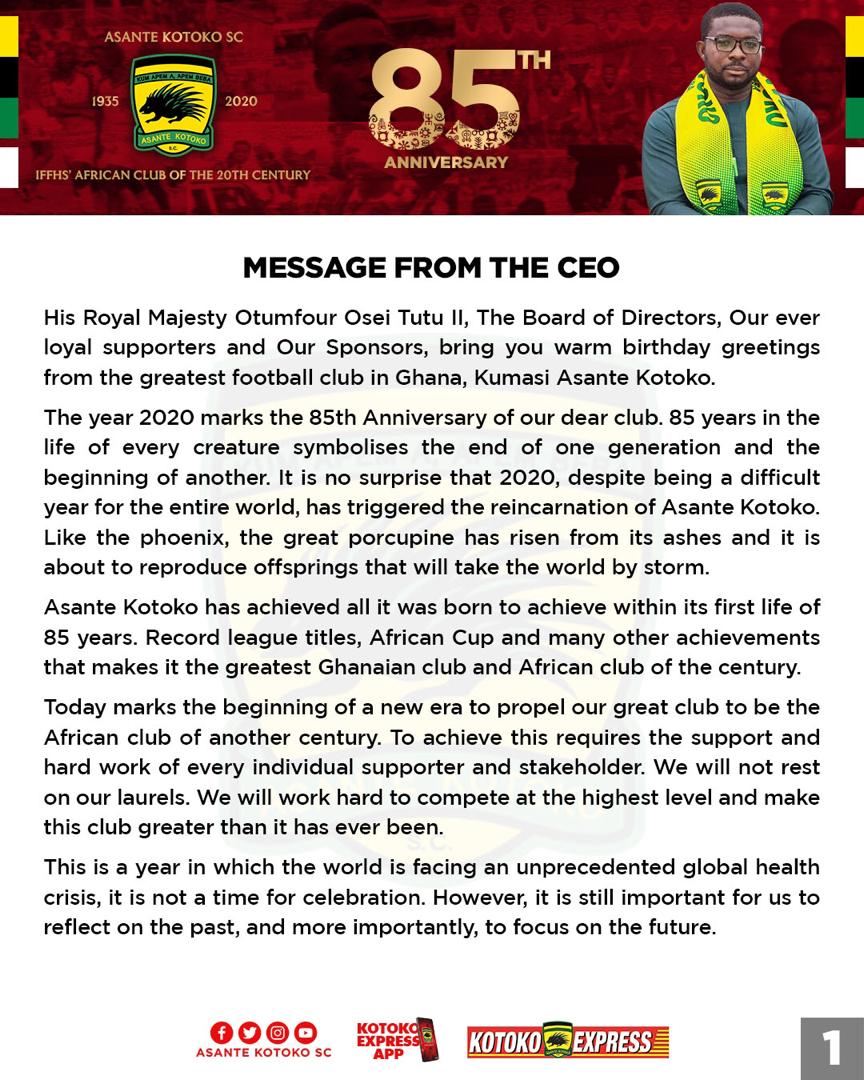 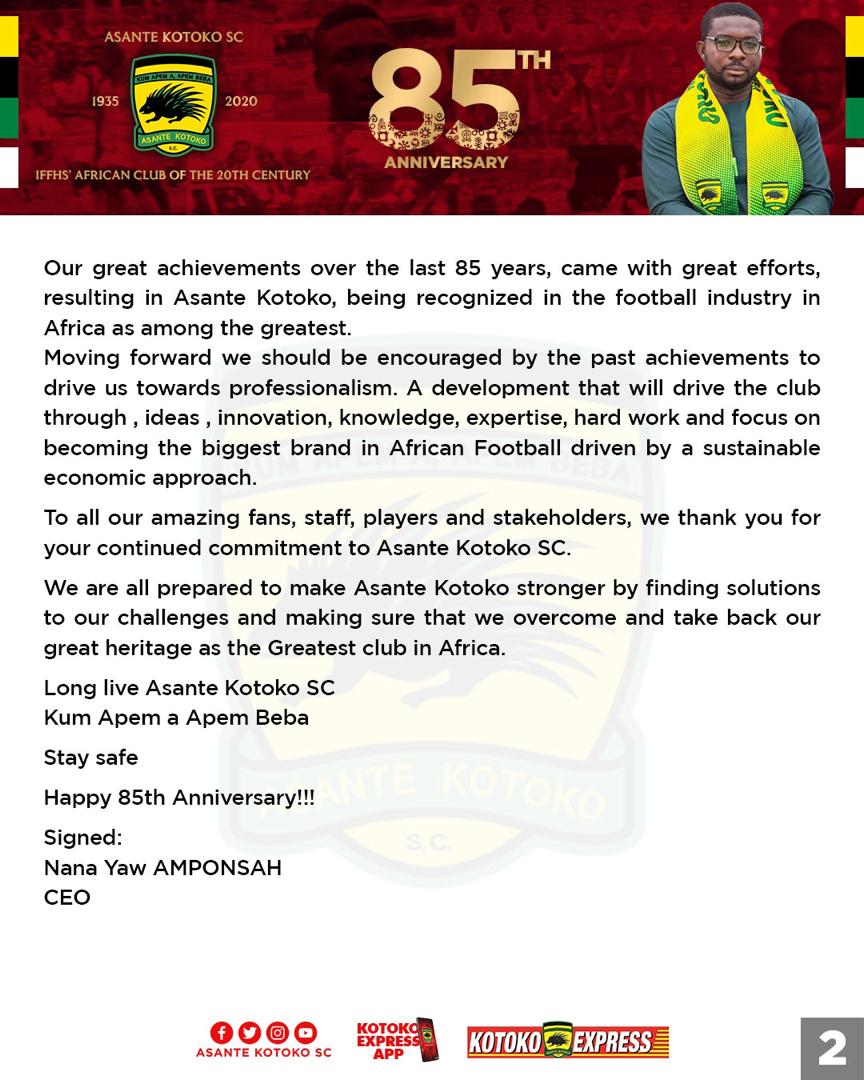 Kotoko was formed on August 31, 1935 have been champions of the Ghana Premier League a record 23 times, have won the CAF Champions League twice and were adjudged the African club of the century by International Football Federation of History and Statistics.