Asante Kotoko will in the confirm days announce a new kits deal, the club has confirmed.

Kotoko in 2018 sign a three-year partnership deal with Strike in 2018. The deal was expected to end after the 2021/22 season. But the club has disclosed that they have ended their relationship with them.
Strike has been kitting several clubs in Ghana including Liberty Professionals, Vision FC, Bechem United, Mountainers FC and Great Olympics. 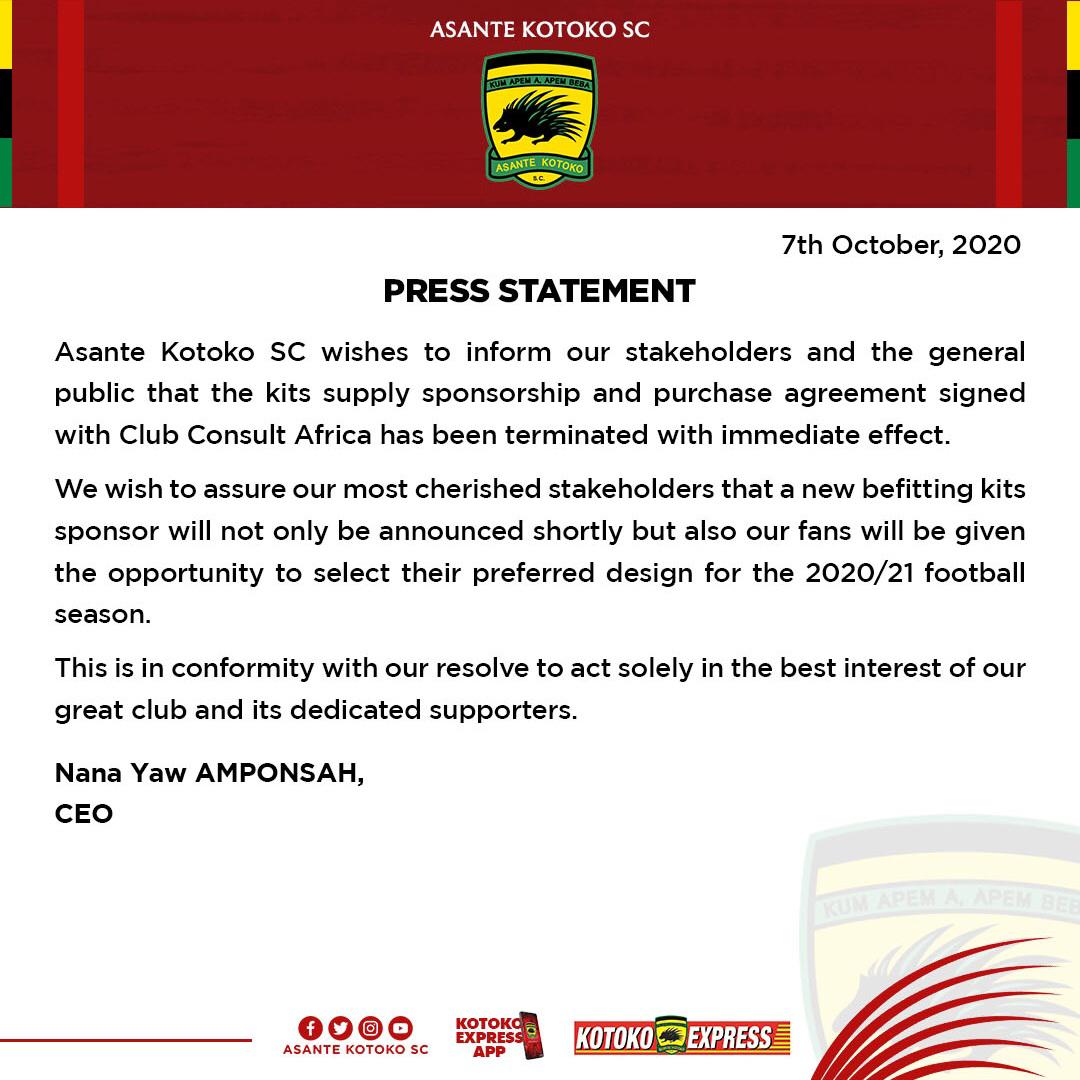