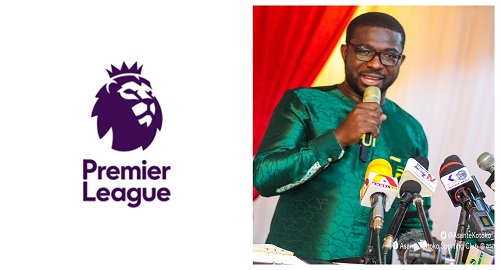 Asante Kotoko CEO Nana Yaw Amponsah has revealed that the team is set to sign a partnership deal with an English Premier League club.

Nana Yaw Amponsah made mention of this during the unveiling of the team’s new management team.

He made reference to the Asante Kotoko and English side Sunderland partnership which happened some seasons ago and likened it to that of the new partnership that the club is set to sign.

"I can tell you we are 90% through to sign a partnership with an English Premier League club aside the one we have with Sunderland. This club in question have one of the best academies in England and all aspects of the club will tap into the club to get better."

The CEO also stated he has been able to seal 4 new sponsorships since being appointed about two months ago.

"Kotoko have secured 4 HUGE sponsorships in just under two months of my tenure at Kotoko. There are many sponsors around who wants to join, but the club must give them mileage, so I urge the fans to help us offer these companies three times more than what they give the club."

InStat will be responsible for providing the Ghanaian giants with powerful reports and clips for all players and coaching staff from the pitch.

InStat is a sports performance analysis company, providing professional tools for individual and team performance evaluation, scouting, fitness analysis and a panoramic filming technology. The company was founded in Moscow, Russia in 2007, and has multiple offices and representatives around the world.