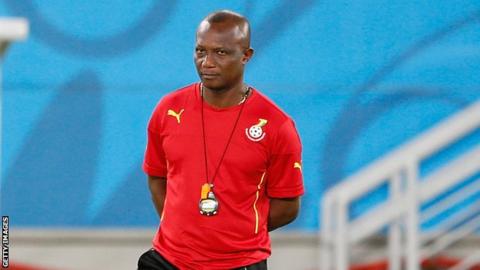 Head coach of the Black Stars, Kwesi Appiah has revealed that he would hand opportunities to fringe players against Mauritania in Tuesday's friendly encounter.

The Black Stars host the Lions of Chinguetti in an international friendly on March 26, 2019, in Accra as part of preparations for 2019 Africa Cup of Nations.

According to Kwesi Appiah, he already has a fair idea of his team and audition for places into his final AFCON squad ends in game against Mauritania hence tasking the players to seize the opportunities.

"From the start, I kept saying that the games against Kenya and Mauritania would be used to assess some of the players I not 100 percent sure of. We are going to the AFCON and so, it is important that we know the player we will pick."

"This is the last time I will be calling players and it is important that we bring in some new strikers so we decide whether they are better than the ones we have. Some of the players have featured against Kenya and others will play on Tuesday and I will make sure they play so we can take a decision on them.”

The draw comes off on April 12 in Cairo, Egypt.

Ghana has been placed in Pot 1 for the AFCON draw with Egypt, Tunisia, Cote d’Ivoire, Cameroon and Senegal.