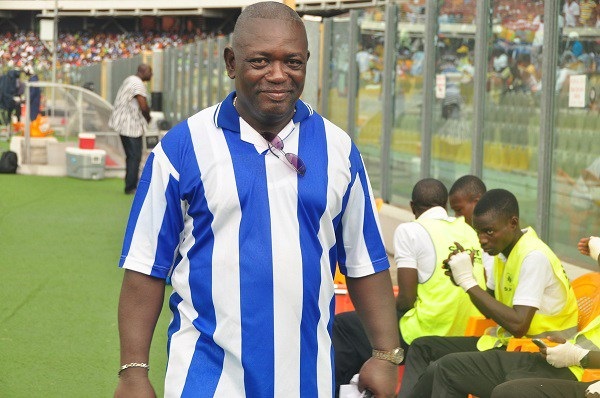 General Manager of Accra Great Olympics Oluboi Commodore, has taken a swipe at the Normalization Committee stating that it will be prudent for embattled GFA boss Kwesi Nyantakyi to come back and continue with his mandate should the Committee continues to prioritize allowance earnings at the helm instead of making amendments in the Statutes of the old administration.

The football administrator is furious at the snail pace of the day to day running of the affairs of the game by the FIFA/CAF instituted Normalization Committee body under the stewardship of Dr Kofi Amoah-led administration since they assumed office.

It has been confirmed that the Chairman of the interim football governing body and his members are pocketing an amount of $6,500 and $4,000 respectively in discharging their duties.

Following reports that a sum of $800,000 has been allotted for the Special Competition, Oluboi has accused the Normalization Committee of focusing on the financial benefits to be obtained by them and has suggested they would not need any Normalization if accruing financial gains out of the competition remain their target in organizing the contest.

“If they [Normalization Committee] want to run the GFA on business terms as usual for what it ought to be reviewed during the old administration still remains unchanged, then we don’t want any Normalization from them in our football,” he told Kumasi-based Light FM.

Read also: Normalization Committee: This is how much Dr Kofi Amoah is paid by FIFA

The General Manager of the Division one club further added that the if the Normalization Committee's intention is to impose the Special Competition on them just to get their monthly allowances then Kwesi Nyantakyi should be brought back to continue his work.

”If their focus is to get their allowances in organizing the Special Competition thereby forcing [us] to participate in it, l don’t think we may need any Normalization under this circumstances and l think we should go and bring back Kwesi Nyantakyi to come and continue with his mandate", He added.