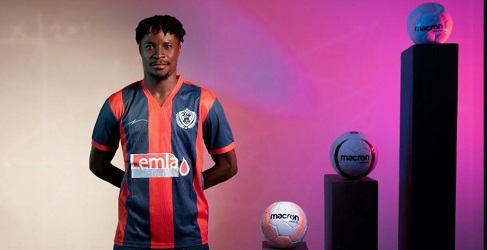 Also joined in the charge was an official of the club, Kwabena Asenso Onyina and a player, Michael Ampadu.

The club has been charged for breaching Articles 16(1)(c) and 16(2)(f) of the GFA Disciplinary Code, 2019 after failing to ensure the safety of match officials in the betPawa Premier League Day One game against Medeama SC at the Elwak Sports Stadium.

In the said match, player Michael Ampadu was seen physically assaulting the center referee, Charles Benle Bulu by punching his mouth on the field of play.

Other officials of the club, Salifu Yaya and Kwabena Asenso Onyina were seen verbally attacking the match officials while on their way to the dressing room and also attempted to physically attack the referees.

The GFA Disciplinary Committee has imposed a superb of GHc8000 cedis on Legon Cities FC after being discovered responsible for three counts of misconduct of their betPawa Premier League Matchday 1 towards Medeama SC on the El Wak Stadium.

Additionally, the Club can pay a quantity of GHc2000 to referee Charles Benle Bulu for alternative of his automobile’s two tyres.

A participant of the Club, Michael Ampadu has additionally been handed a 5-match ban along with the obligatory suspension he’s to serve for receiving a crimson card within the match.

The Disciplinary Committee which was chaired by Vice Chairperson Carla Olympio, additionally handed a 10-match to an official of the membership after being discovered responsible of appearing in an unsporting and intimidating approach in the direction of match officers on the day of the match.