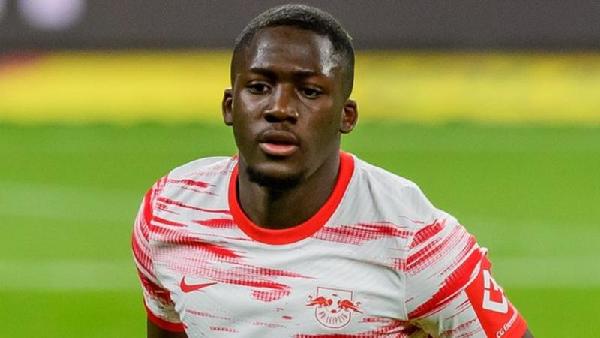 Liverpool have agreed to sign centre-back Ibrahima Konate from RB Leipzig for Â£35m on a long-term deal.

The French defender, 22, has passed his medical and agreed personal terms, with his move subject to international clearance and a UK work permit.

"It's a really exciting moment for me and my family," said Konate, whose contract will run from 1 July.

Konate is part of France's squad for the Uefa European Under-21 Championship, which starts on Monday.

The defender, who started his career in France with Sochaux, made 21 appearances for RB Leipzig this season as they finished second in the Bundesliga.

"Right now, my focus is on the Under-21 European Championships with France, but after this competition I know I will be joining one of the best teams in the world and that gives me a great feeling," said Konate.

His arrival would help bolster a backline which suffered with the long-term injury absences of centre-backs Virgil van Dijk, Joe Gomez and Joel Matip during the season.

Midfielders Fabinho and Jordan Henderson were used as makeshift central defenders, while Liverpool ended the campaign with a centre-back pairing of Nathaniel Phillips, 24, and Rhys Williams, 20.

Liverpool secured a Champions League spot with a win over Crystal Palace on the final day of the season as they finished third in the Premier League.

The deal for Konate means Liverpool will reject the chance to sign defender Ozan Kabak on a permanent basis.

The Reds had an option to sign 21-year-old Kabak for Â£18m with add-ons as part of the loan deal which brought him to Anfield in January.

They told the Turkey international of their intentions before news of Konate's deal and he is speaking to other clubs.