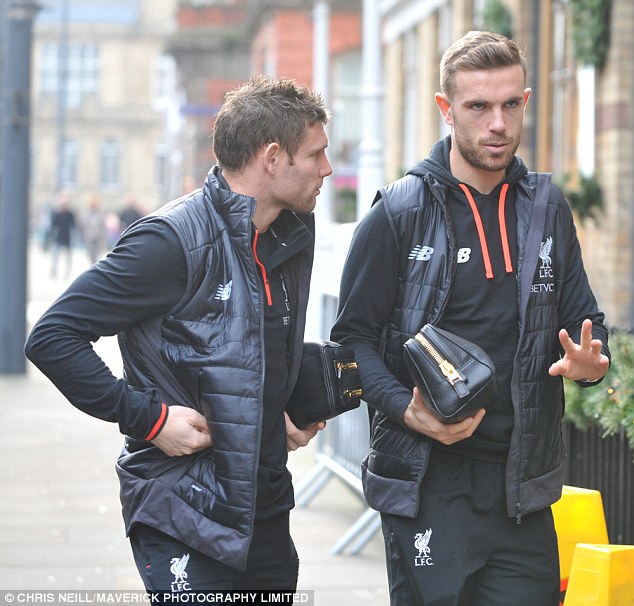 All is set for the ‘Mersey Monday' tonight as Liverpool made a short trip across Stanley Park to face bitter rivals Everton at the Goodison Park.

The two Merseyside rivals come face-to-face at Goodison Park on Monday night with Liverpool seeking a victory to move them up to second in the Premier League.

And ahead of their barnstorming encounter, the visitors have prepared for the match by meeting up at their team hotel.

Reds captain Jordan Henderson as well as fellow stars Roberto Firmino and Emre Can were among the party who arrived at the Hope Street Hotel.

The Anfield outfit arrived to the hotel at 1pm on Monday for lunch, having trained at their Melwood base until 12.30pm. Chief playmaker Philippe Coutinho is unavailable due to injury but he did take part in an Instagram video alongside Marko Grujic earlier.

The fixture at Goodison Park will be Klopp's first at the ground as Liverpool boss - an atmosphere that German is relishing to be a part of.