Malawian player got chicken from fan, not Man-of-the-Match award 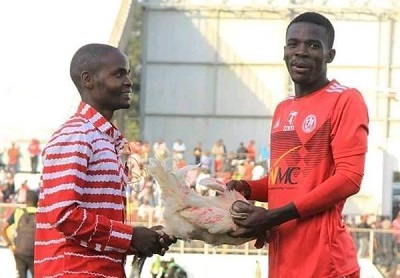 Malawi player gets chicken from fan, not Man-of-the-Match award

Malawi player Hassan Kajoke was gifted a chicken by his adored fan for putting up a sterling performance over the weekend.

Nyasa Big Bullets forward Hassan Kajoke bagged a brace in their 5-0 thumping of minnows Karonga United at the Kamuzu Stadium on Sunday.

Contrary to reports that, Kajoke was presented with a chicken for winning the Man-of-the-Match accolade, it has been revealed that a fan rather sought permission to be allowed to present a gift to his hero, which was a chicken.

The seemingly avid supporter had the chicken spread with red colors, apparently signifying the traditional red and white colours for the Super League heavyweights. 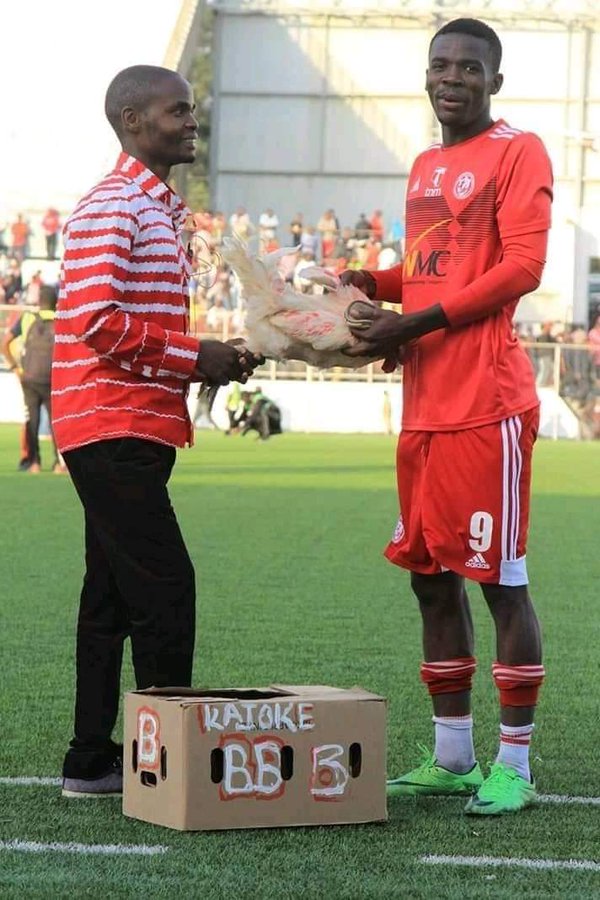 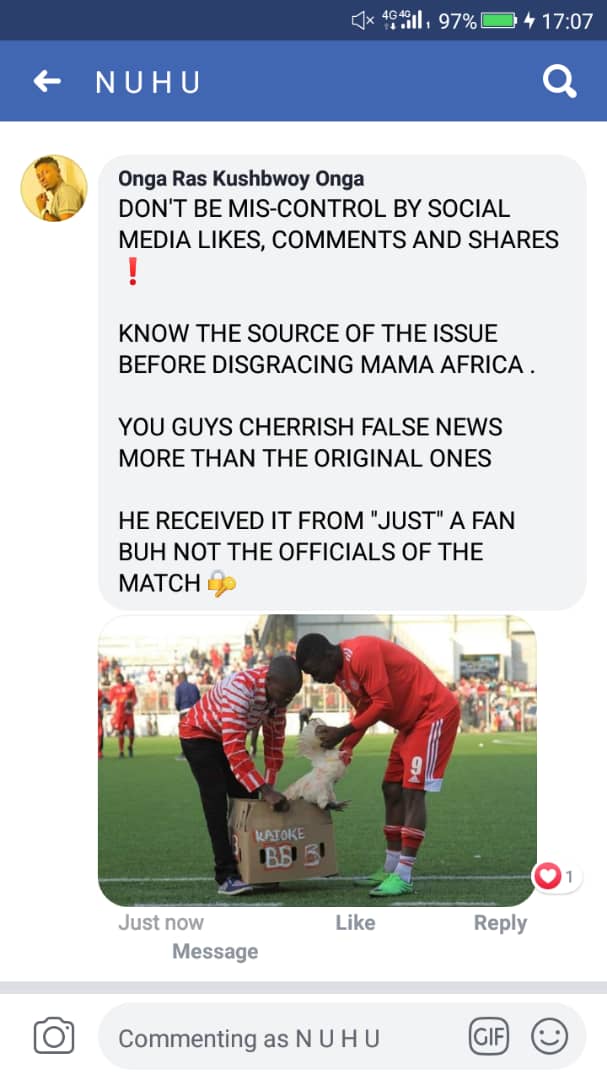