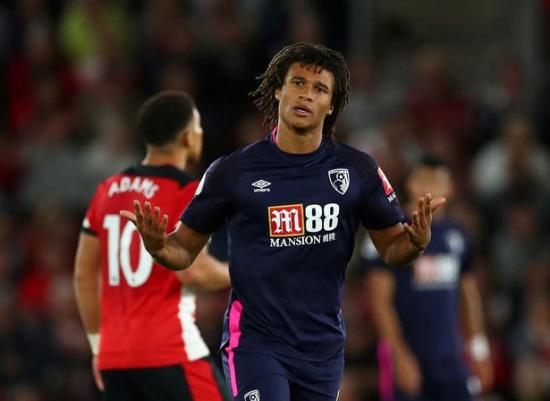 Bournemouth have reportedly accepted a bid of £41m from Manchester City for their Dutch centre-back Nathan Ake.

Ake has impressed in the Premier League this season despite the Cherries' relegation, and they appeared resigned to losing him following their drop to the Championship.

City manager Pep Guardiola is known to be keen to add strength in depth to his defence this summer, and it looks as though Ake will be the first player through the door.

And a fee has been agreed for the player between the two clubs, with the deal expected to be completed over the next few days.

Ake, previously of Chelsea, made 29 Premier League appearances for Bournemouth this season, scoring twice and creating two assists as well as providing a solid presence at the back.

He was also linked with City's bitter rivals Manchester United after cameras picked up Ole Gunnar Solskjaer in conversation with him at the end of a game at Old Trafford.

The Norwegian boss was alleged to have said "We need a left-footed centre-back, so keep going."

Responding to those comments afterwards, however, Solskjaer said: "I’ve got seven centre-backs, so I don’t know where that comes from. We’re fine."

City struggled at the back at times this season, particularly following the long-term injury to Aymeric Laporte, and their fans will no doubt be happy to see the club attempting to address the problem promptly.

It remains to be seen if any other clubs come in for Ake at the last minute, but all signs seem to be pointing towards him making the move to the Premier League runners-up in the near future.

City are unlikely to stop there, and could also shortly announce the signing of Valencia winger Ferran Torres, who looks set to put pen to paper in the coming days.