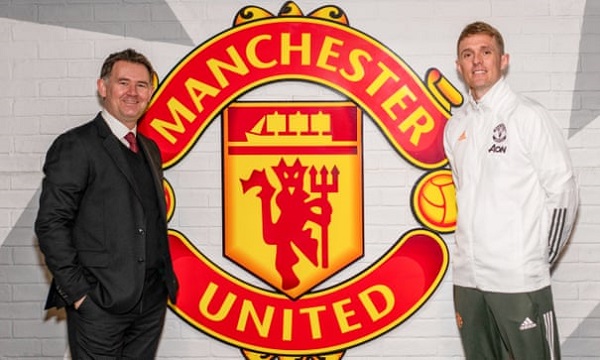 Manchester United have appointed John Murtough as the clubâ€™s first football director with the club making it clear that manager Ole Gunnar SolskjÃ¦r will report directly to him.

Murtough, who joined United in January 2014, is being promoted from his current role as head of football development and he will have overall responsibility for all football matters. Transfer business will remain driven by SolskjÃ¦r and the clubâ€™s recruitment department, each of which have a veto. Murtough would only become involved in this regard if there was disagreement between the two.

In a 23-year career, Murtough has previously been the Premier Leagueâ€™s head of elite performance, and had senior academy and development roles at other clubs. United also on Wednesday appointed their former midfielder Darren Fletcher to the post of technical director, another new position at the club. FletcherÂ returned to United in JanuaryÂ as a first-team coach.

â€œThese are hugely important appointments that reinforce the progress we have been making as a club in recent years in our relentless pursuit of success,â€ said Ed Woodward, Unitedâ€™s executive vice-chairman. â€œWe have already made great strides forward in the way we run our football operations, and the benefits are visible in the resurgent pipeline of academy talent reaching the first team and through our improved recruitment record.

â€œJohn has been integral to our progress in these areas and his deep understanding of development ensures the clubâ€™s traditions of bringing young players through from academy to first team will continue. This new position is a natural evolution that harnesses his leadership qualities and his years of experience in the game.â€

A club statement outlined Murtoughâ€™s precise role and how it will combine with SolskjÃ¦râ€™s: â€œAs football director, John will work day-to-day with Ole to align recruitment and other strategies and to ensure that the first team has the best-in-class operational support it needs to succeed. Ole will continue his role in the recruitment process, supported by extensive scouting and data analytics functions that will continue to report to John. Matt Judge [previously head of corporate development] will also report to John, with a new title of Director of Football Negotiations.

â€œJohn will have overall leadership and responsibility for operations and strategy across all football functions, reinforcing the strong foundations already in place. This appointment builds on the work John has already undertaken in recent years, working closely with Ole Gunnar SolskjÃ¦r and the rest of the football staff to create the structures, processes and culture to deliver sustained success on the pitch. This has included successful overhauls of the clubâ€™s academy and recruitment department.â€

Murtough said: â€œThis is such an exciting time for everyone at Manchester United with the first team, academy and womenâ€™s team all performing strongly, and plenty of development still to come. Itâ€™s a privilege to be part of that process, and an honour to lead Manchester Unitedâ€™s football department, working alongside Ole, Casey [Stoney, womenâ€™s team manager] and so many other truly outstanding staff all dedicated to delivering success to this club.â€

Unitedâ€™s appointment of Murtough ends aÂ three-year searchÂ by the club for someone to fill such a post.