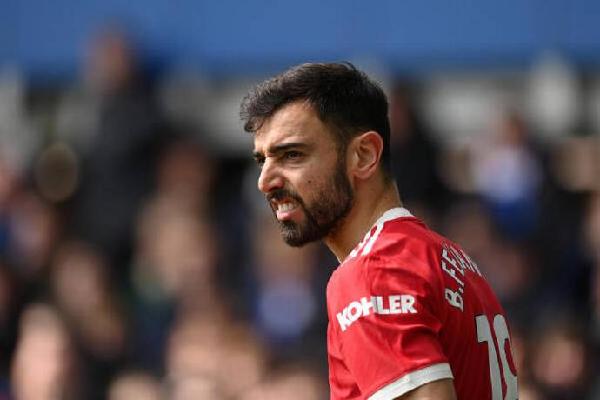 Manchester United midfielder Bruno Fernandes has escaped serious injury after being involved in a car crash on Monday morning,

According to British media reports, the 27-year-old emerged unscathed after an accident involving his Porsche. He is expected to join his teammates for training as usual, after all parties involved in the accident were marked safe.

Fernandes' crash comes a day before United play Liverpool in the Premier League. The player or the club is yet to respond on the incident.

The Portuguese star has been a crucial player for United since joining from Sporting Lisbon in January 2020, having scored 49 goals in 120 total appearances.

This season, Fernandes has netted nine goals and registered 14 assists in 40 games.

United will be hoping their star midfielder will be available for the clash as they continue their push for Champions League football.

The door was opened for Rangnick's side after Arsenal and Tottenham both dropped points over the weekend, allowing United to close the gap. The Red Devils are now in fifth, level on points with Spurs, and three points ahead of Arsenal - who have a game in hand.