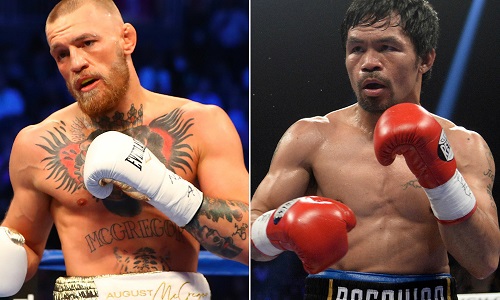 Manny Pacquiao has confirmed he will be fighting Conor McGregor in the Middle East next year.

The ring legend's office confirmed Pacquiao's earnings from the fight will go towards victims of the coronavirus pandemic, with the boxer now a Senator in the Philippines.

It marks a sensational return to fighting for McGregor, who retired from UFC earlier this summer, the third time he has made such an announcement in four years.

A statement from Pacquiao's office read: 'For the sake of all the Filipino Covid-19 victims, Senator Manny Pacquiao will be fighting UFC superstar Conor McGregor next year.'

'The huge portion of his earnings will proceed to those who are affected nationwide by the pandemic.'

McGregor, meanwhile, released a series of explosive tweets on Friday night detailing the reason behind his decision to walk away from the sport earlier this summer, and even showed private Instagram messages between him and Dana White. 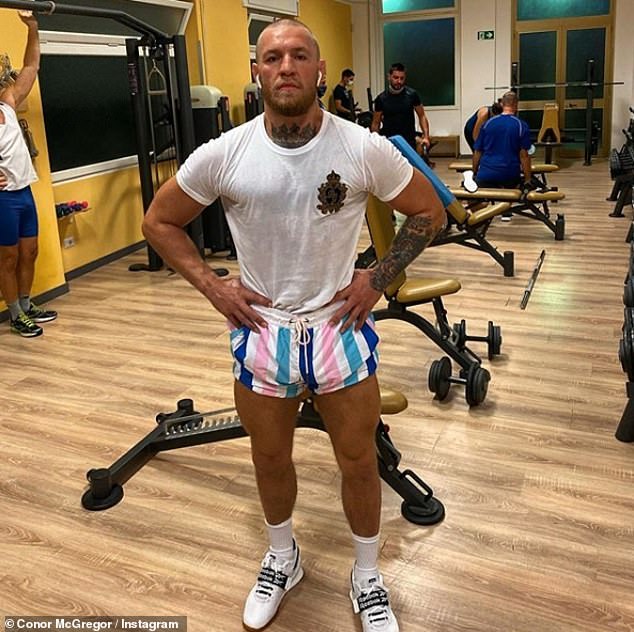 The Irishman was keen to fight on several cards but revealed that he decided to announce his retirement - his third in just four years - when the coronavirus pandemic hit after being told he would have to wait until fans could return.

From the messages, which were exchanged back in February, McGregor had asked White to be put on multiple bills or for an event of his own, mentioning Justin Gaethje and Diego Sanchez as possible opponents.

'I was pushing hard for the season. Multiple opponents, multiple dates offered throughout,' McGregor began his post on Twitter on Friday night. 'All to take place back to back. Then when covid hit and the talk was that I would have to wait for crowds again, I walked away from the situation. I was waiting long enough at that stage.'