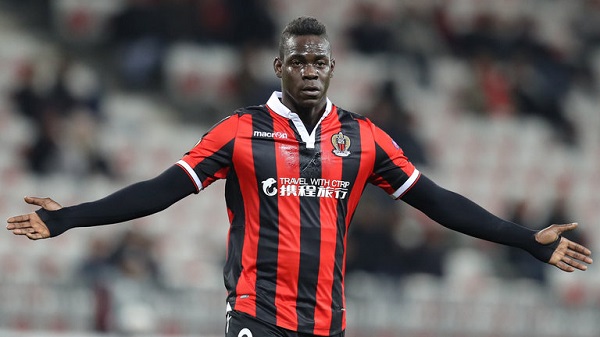 Former Manchester City and Liverpool striker Mario Balotelli could be set for an unexpected return to the Premier League.

Balotelli hasn't committed his future to Nice and the boss Patrick Vieira is ready to let the Italian leave with Newcastle United possible destination. The Magpies manager Rafa Benitez is keen to bring him back to England according to reports in Italy.

Newcastle is in need of more firepower and they see the capture of the colorful Balotelli as a way to lift spirits. Should Balotelli get a new club, Vieira and Nice won't stand in his way.

“I have given Mario a few extra days off to think about his future and what he wants to do,” Vieira said.

“He’s under contract here and everything is possible if we can come to a common agreement who knows. When it comes to Mario, I want to answer back, or just slam him up against the wall or leave him hanging by his collar on the coat rack, but I can’t, as I’m no longer a player."

“I don’t want to say something I’ll regret. I am trying to be constructive in my comments to him.”
Read also: Mario Balotelli wants to leave Nice, says Patrick Vieira