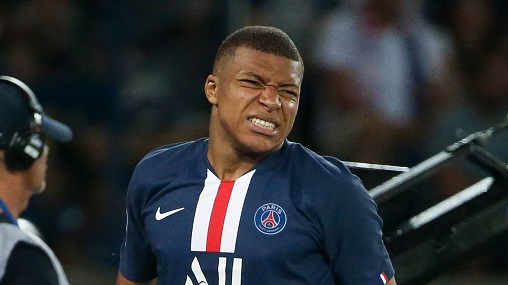 Mbappe, 22, was an unused substitute because of a calf injury during City's 2-0 win on Tuesday, which sealed a 4-1 aggregate victory in the semi-finals.

"They were clinical," said Pochettino, who became PSG boss in January.

"I congratulate Manchester City, they're having a fantastic season."

Without Mbappe, PSG failed to breach a superb defensive performance from City and did not register a shot on target, with replacement Mauro Icardi ineffective.

"That [Mbappe's absence] cannot be an excuse," added Pochettino, a Champions League finalist with Tottenham in 2019.

"We are a team. Of course, it's unlucky he was not ready to help the team, but that's not an excuse. We cannot use that excuse because the performance from the team was good.

"We played the game we planned to play. We started really well, creating chances and dominating Manchester City. That's not easy.

"Sometimes in football you need a percentage of luck in some periods of the game. They scored from a situation where we were pressing high, with a long ball.

"The players will all feel disappointed. We did well. The plan, the game was good. This type of game you need luck to go your way."