Medeama roar back to beat Great Olympics in Accra 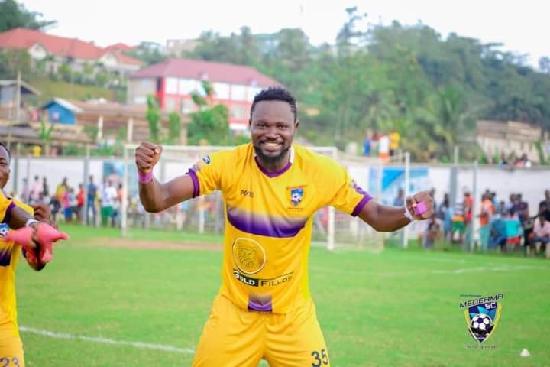 The Mauve and Yellows edged the Wonder club 2-1 at the Accra Sports Stadium on Saturday.

Maxwell Quaye shot Great Olympics into the lead in the 19th minute when he capitalized on a mistake by Vincent Atingah to make it 1-0.

Medeama pegged them back in the 36th minute when Kwasi Donsu was brought down by Goalkeeper Stephen Kwaku in the box.

Vincent Atingah stepped up and converted calmly to make it 1-1 before halftime.

The second half was a 50-50 battle and it was Medeama who scored the all-important goal.

A long-range strike from Godfred Kwadwo Asamoah in the 71st minute made it 2-1 and won Medeama the game.

The win means Medeama are now second on the league table with 50 points, six behind Kotoko while Great Olympics lie 7th with 43 points.