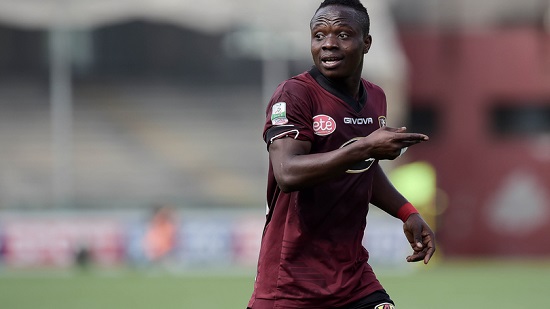 According to reports, ex-Tema Youth star Moses Odjer will soon switch his nationality to play for the Scorpions of Gambia.

Odjer who has represented Ghana at the U-17 and U-20 level ply his trade for Salernitana in the Italian Seria B and is the being convinced by the Gambian Football Association to naturalize for them in order to wear the Scorpion colours.

The reports further revealed that Odjer performances with his club Salernitana have wowed his teammate Lamin Jallow who believes the diminutive midfielder prowess is not being recognised by the country of his birth and has charged the Gambia Football to poach him.

The sources added that formalities are far advanced to secure a Gambian passport for Odjer.

He featured at the 2013 World Youth Championship held in Turkey and has not been capped by the Black Stars which makes him eligible to naturalize for any country.