Newcastle United takeover falls through as Saudi-led consortium pulls out 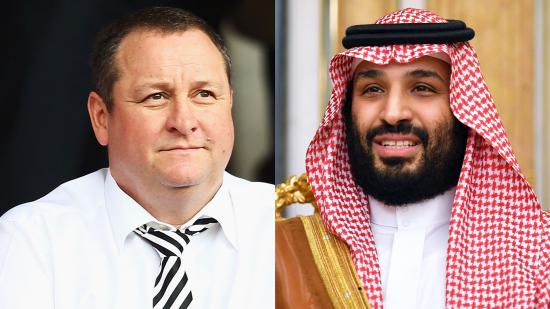 A Saudi Arabia-led consortium has withdrawn its bid to buy Newcastle United. The consortium, led by Saudi Arabia’s Public Investment Fund and also involving Amanda Staveley and the Reuben Brothers, has been waiting for months for the Premier League to decide whether to give the takeover the go-ahead.

The decision will come as a huge blow to many Newcastle fans, who had hoped the consortium would buy out the unpopular owner, Mike Ashley. But it will be welcomed by other fans, and campaigners, who have pointed to human rights abuses by the Saudi regime.

In mid-June Henry Mauriss, an American television executive, made a £350m bid to buy Newcastle from Ashley but considerable scepticism surrounds his offer.

The consortium said in a statement: “With a deep appreciation for the Newcastle community and the significance of its football club, we have come to the decision to withdraw our interest in acquiring Newcastle United football club.

“We do so with regret, as we were excited and fully committed to invest in the great city of Newcastle and believe we could have returned the club to the position of its history, tradition and fans’ merit.

“Unfortunately, the prolonged process under the current circumstances coupled with global uncertainty has rendered the potential investment no longer commercially viable. To that end, we feel a responsibility to the fans to explain the lack of alternatives from an investment perspective …

“Ultimately, during the unforeseeably prolonged process, the commercial agreement between the Investment Group and the club’s owners expired and our investment thesis could not be sustained, particularly with no clarity as to the circumstances under which the next season will start and the new norms that will arise for matches, training and other activities.”

Amanda Staveley, whose company, PCP Capital Parners had hoped to take a 10% stake, said: “I’m absolutely heartbroken for the fans, the club and the community.”

Jamie Reuben, who had been set for a seat on the board, said: “We feel great compassion for the Newcastle fans – we are sorry it is not to be.”

Peter Frankental, part of Amnesty International UK, said: “The fact that this sportswashing bid has failed will be seen by human rights defenders in Saudi Arabia as a sign that their suffering has not been entirely overlooked.”