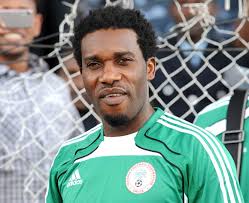 Former Nigerian international Jay-Jay Okocha will be in Accra on Sunday to help promote the Bundesliga in Africa, an initiative by Star Times.

Okocha who also played for Elntracht Frankfurt in Germany is expected to arrive at 7am and undertake several activities to promote the Bundesliga in Africa powered by its official broadcaster in Sub-Sahara Africa, Star Times.

While in Ghana, the Olympic Gold Medal and African Cup of Nations winner, would share his views on the Bundesliga during live studio shows and serve as co-commentator for Bundesliga matches.

He would also take part in various activities including autograph sessions for Ghanaian football fans, call on the Ghana Football Association (GFA) as a Press Conference on Monday at Star Times head office in Accra.