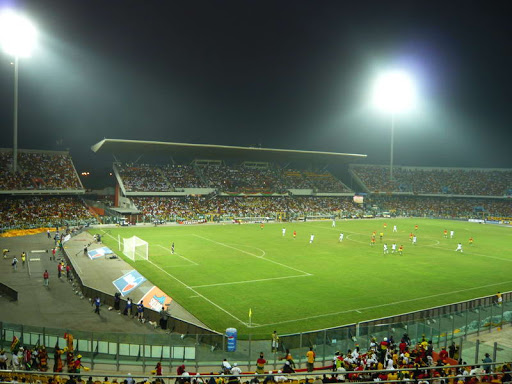 The National Sports Authority (NSA) has announced that they have withdrawn the charges on the usage of the Accra Sports Stadium.

This comes after the consultation with the Sector Minister, Isaac Asiamah and also taking into consideration some concerns raised by the affected Clubs, the NSA has revealed.

In a statement signed by the Director-General of the NSA, Prof. Peter Twumasi, the NSA said: "Pursuant to our letter dated 19th October 2020 with reference number NSA/HQ.5/SF13 on the above subject, Management would like to inform you that the said charges of the Accra Sports Stadium has been withdrawn following further consultation with the Sector Minister and also taking into consideration some concerns raised by the affected Clubs." 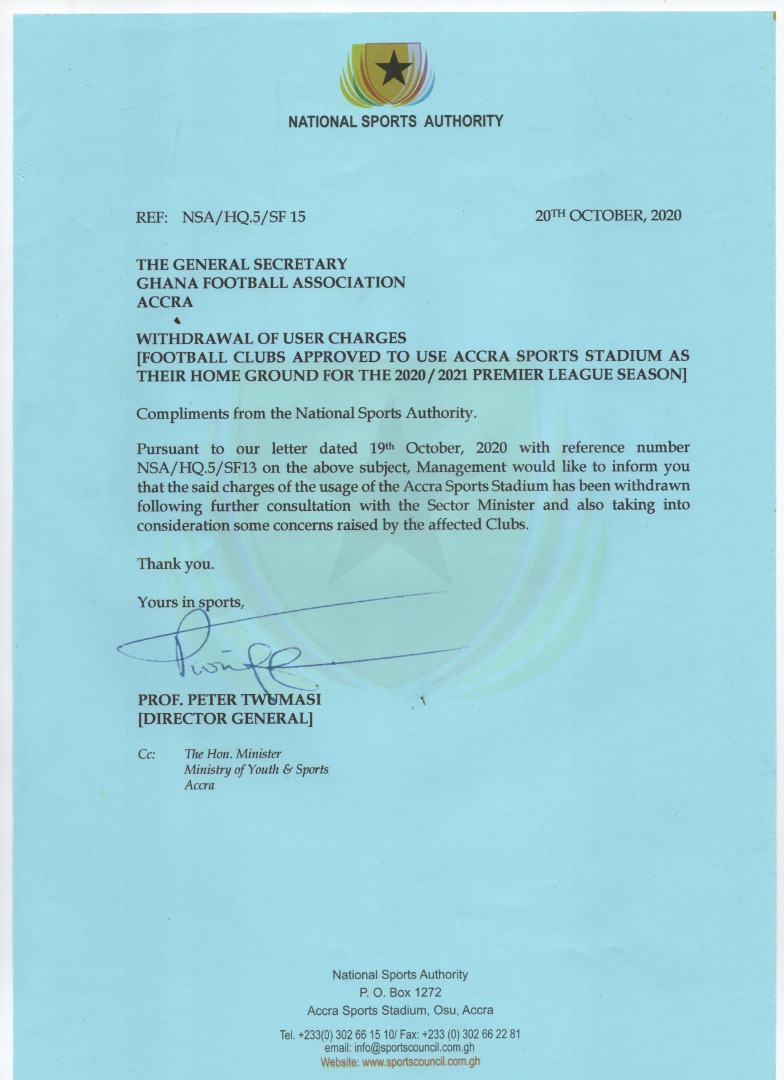 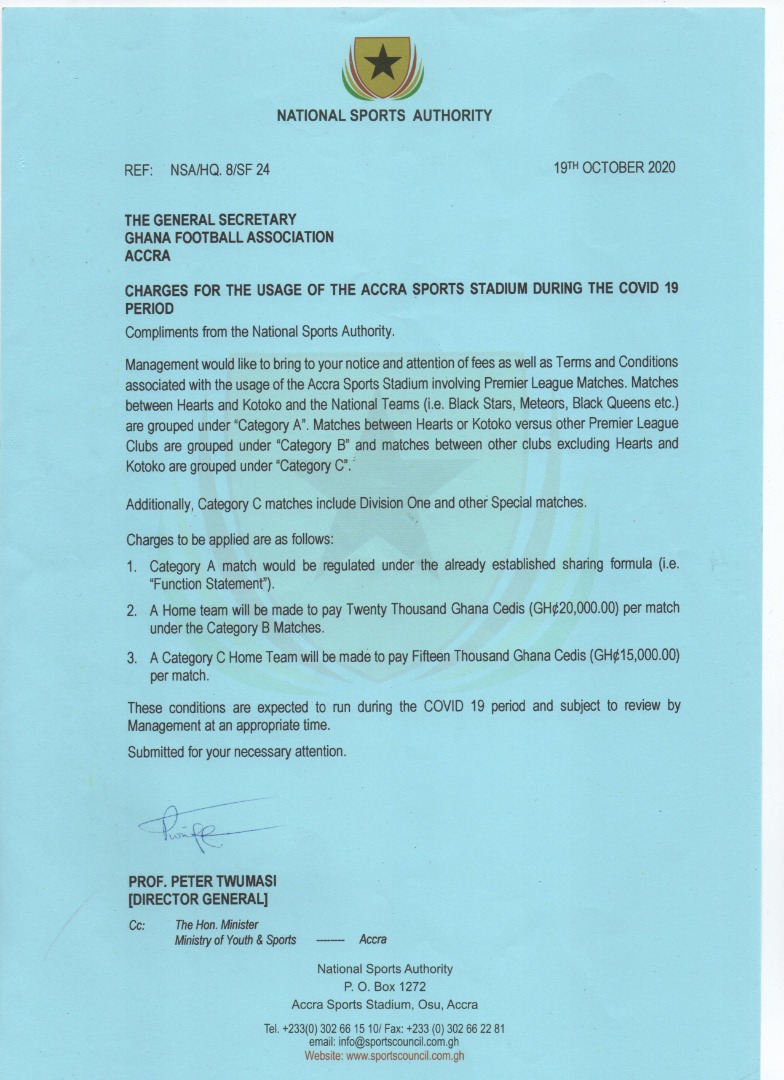 The statement caused uproar among football authorities, with the GFA President taking to Twitter to describe the new charges as “unfortunate and exorbitant”.

I have read in the public space a statement from the NSA on new stadia user facility charges. I will say this is unfortunate and our GFA will engage the NSA on this exorbitant and unacceptable fees,” he tweeted.

Following the outcry from the affected clubs with include Hearts of Oak, Asante Kotoko, Inter Allies, Legon Cities, Great Olympics and Accra City Lions and consultation with the Sports Minister Isaac Asaiamah, the NSA has rescinded the decision they made earlier.