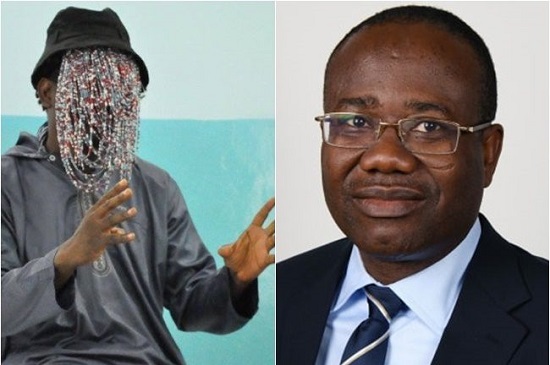 The High Court granted an oral application by the prosecution in the criminal case of Kwesi Nyantakyi for Anas Aremeyaw Anas to give evidence in-camera as a prosecution witness.

The decision of the court was challenged by lawyers of Kwesi Nyantakyi who filed a certiorari application at the Supreme Court.

In their application, the lawyers, led by Thadeus Sory, argued that the order of the High Court offended the human rights of the applicant as guaranteed under the 1992 Constitution and that the order was made without regard to the procedures and rules of the court which required that a formal and not an oral application be made in such circumstances.

They further added that the order of the court was made in excess of jurisdiction of the court.

Nyantakyi’s lawyers insisted that the High Court’s ruling was erroneous and prayed the Supreme Court to allow the investigative journalist’s testimony to be public.

The Supreme Court, presided over by Justice Baffoe-Bonnie, in its ruling on Tuesday, November 8, 2022, stated that the celebrated investigative journalist should appear in court and testify publicly as a prosecution witness.

Nyantakyi appeared before the Accra High Court in March 2021 and was slapped with three charges.

The disgraced football administrator’s charges include conspiracy to commit fraud, fraud and corruption by a public officer, the document filed by the Attorney General’s office listed.

This was after Nyantakyi was captured in Anas’ ‘Number 12’ exposé, allegedly taking cash gifts and peddling influence.

This led to him resigning as GFA President, as well as losing his positions as FIFA Council Member and 1st Vice President of CAF.