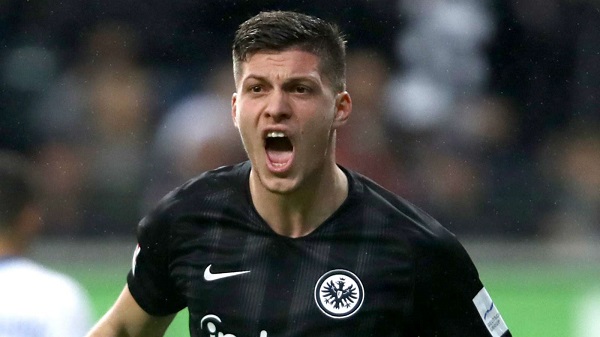 Real Madrid have confirmed the transfer of the 21-year-old Bosnian striker Luka Jovic from Eintracht Frankfurt on a six-year contract.

The 21-year-old forward has enjoyed a prolific season on loan at Eintracht Frankfurt, scoring 27 goals in 47 appearances as the German outfit - who are currently sixth in the Bundesliga - reached the semi-finals of the Europa League where they lost on penalties to Chelsea.

Jovic has been on loan at Frankfurt from Benfica for the last two seasons, but the club recently secured a permanent deal in order to sell him on for maximum profit.

The signing of Jovic would bring the number of new additions to Zinedine Zidane's squad for the 2019/20 season to three.

Porto's Brazilian defender Eder Militao agreed to a move to Bernabeu in March, while Santos forward Rodrygo Goes will join up with the squad after agreeing his move last year.