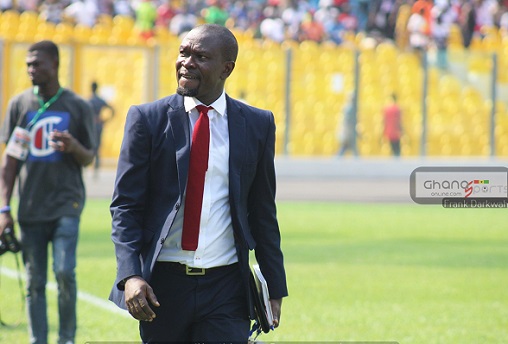 The Black coach CK Akonnor in a recent interview said he is considering the rotation of the captain’s armband of the team.

The coach hinted the new development during an interview with Accra-based Happy FM.

“Sometimes this captaincy issue comes as a result of poor communication from management members or certain people trying to push their own agenda."

“Looking at our current situation, I will propose we rotate the captain’s armband and also a general captain appointed to speak on behalf of the players.

"Brazil and other countries have made it work, so we can also emulate them.

“We should be careful or else this captaincy row can affect the national team for years to come."

But Oloboi Commodore noted that CK Akonnor should not tow the path he is considering.

I' don't agree with him, where has he seen that before that Cristiano Ronaldo is the captain of Portugal and the next match they have given the captain to somebody else.

"I don't agree with him. Even what the Brazilians are doing is wrong."

"CK Akonnor must find a leader and give him a tenure of office, maybe two years or more and if he fails the task he can change him."

The Black Stars leadership is currently held by Andre Ayew who took over from Asamoah Gyan. Gyan was stripped off the armband few weeks to AFCON 2019 tournament.